Paterna Will Stage The 50th Spanish Half Marathon Championship 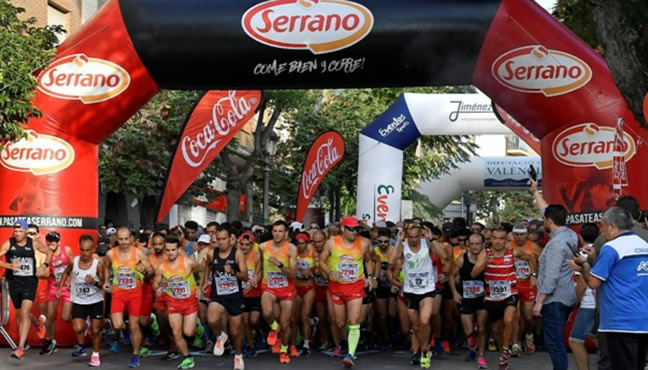 IT has been announced by the town hall of Paterna in Valencia that their town, l’Horta Nord, has been chosen to host the Spanish Half Marathon Championship in 2022, which will be its 50th anniversary year, having originally been started back in 1972.

The town hall had reached out to the Royal Spanish Athletics Federation asking for the chance to stage the race, and have now received the confirmation, with the prominent Valencian athletics club, CA Cárnicas Serrano, tasked with organising this monumentous event for the community.

A date for the race can not be confirmed until the date of the World Half Marathon Championship in the Chinese city of Yangzhou is established, as the national race in Valencia has to take place a maximum of three months before the World Cup race, with winners from Paterna going forward to represent Spain in China.

Of course, the organisers will hope that the pandemic will be long gone by the time the 2022 race comes around, and they can look forward to the great prestige and satisfaction of seeing local amateur runners competing in the same race in Paterna as national-level athletes, all competing for a place in the World Championship.

Cárnicas Serrano – who for the past 27 years have organised the 15km Gran Fondo Villa de Paterna marathon that is held every autumn – have a stable containing some of Spain’s finest runners, including Chiki Pérez , Marta Esteban, Mariajo Pérez , Andreu Blanes, Ismael Quiñones, Alicia Pérez or Nacho Giménez, as reported by lasprovincias.es.