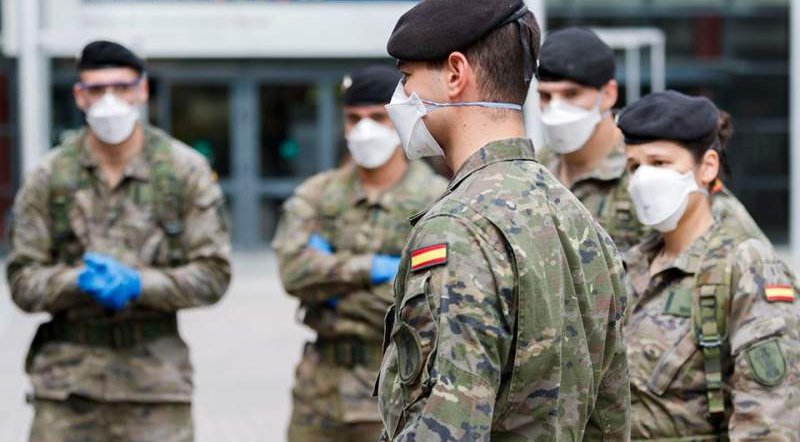 JUST when it appeared that the vaccination rollout plan in Spain was getting back on track after delays regarding supplies and doubts over the safety of the one-shot Janssen jab, things have hit another bump in the road. As reported by news outlet El Confidencial Digital, a Spanish army corporal has been rushed to hospital where he remains in a very serious condition after receiving the AstraZeneca Covid vaccine.

The Minister of Defence, Margarita Robles, confirmed on Friday, April 23 that the soldier was admitted to the University Clinic of Navarra after being injected with a dose of AstraZeneca on April 7. The corporal, a member of the America 66 Infantry Regiment of Mountain Hunters in Pamplona, began experiencing severe headaches and discomfort immediately after getting the jab, according to a source from the Spanish Troop and Sailor Association (ATME). The same source claims that the soldier attended a first-aid clinic and emergency unit on his base before being admitted to hospital in a very serious condition a week after receiving the jab.

The Defence Minister confirmed the details while on a visit to the General and Historical Defence Archive but refused to elaborate further on his condition, stating only that his illness began “immediately after having had the vaccine.”

Unfortunately, AstraZeneca’s troubles don’t end there, as the European Commission has confirmed that it plans to sue AstraZeneca for failing to keep up its side of the bargain in delivering the agreed doses to the 17 member states. According to Spanish news outlet Politico, the decision to take legal action was made during a meeting of EU diplomats on Wednesday, April 21, as a means of forcing the Anglo-Swedish company to fulfil its contractual obligations.

Earlier this month, the pharmaceutical company claimed that it was “working tirelessly” to increase its supply to Spain, after regional leaders were left furious over the impact the delays were having on Spain’s vaccine rollout plan.