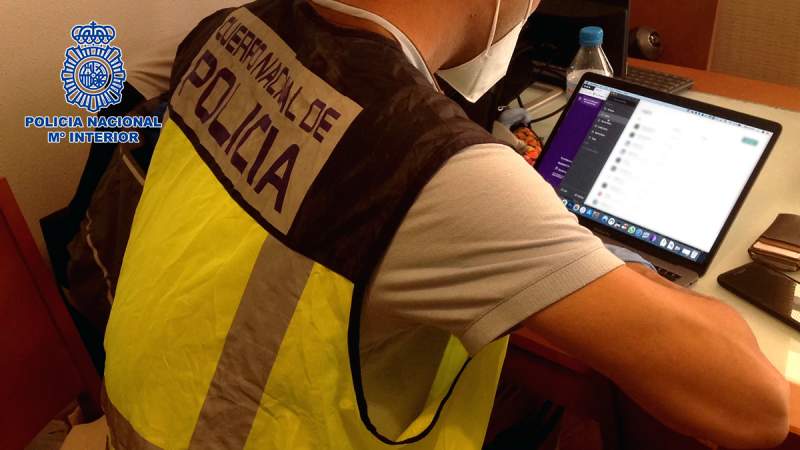 THE “dangerous sexual predator” allegedly forged papers to hide the fact he had a criminal record for child sex offences in England to get a job as a teacher at a primary school in Spain’s capital.

According to the National Police, 36 victims aged between four and eight-years-old have been identified after the Briton “used his status as a teacher to abuse children”.

“The arrested man, an English national, also occasionally worked as a home childminder, and used hidden paedophile forums to disseminate the material he generated himself and to obtain other images generated by third parties,” said the police in a statement.

An investigation was launched after Australia’s Queensland Police Service in Australia contacted Spanish police to alert them to the fact images of child sex abuse were being shared on a dark web forum “with a high probability the offender could be located in Spain”.

“The National Police began an arduous task to identify where the material could have been generated. The progress of the investigation allowed us to outline one of the scenarios where much of the paedophile material could have been recorded, suggesting it could be an educational centre located in Madrid, since the victims appeared to be primary school students,” said the police.

They then discovered the images had been taken on an English mobile phone, and police finally identified the defendant, a convicted paedophile who had served two years in prison in the UK for possession of child pornography.