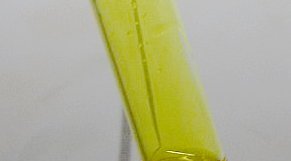 COSTA BLANCA father avoids jail after feeding his child disinfectant to prevent Covid
A Valencian man has walked free after a court in Torrent exonerated him this week of giving his young daughter chlorine dioxide to drink with the aim of preventing her from contracting coronavirus. The common chemical is often used as a disinfectant but its ingestion is strongly discouraged by the Spanish Agency for Medicines and Health Products. In fact, the Agency, which operates through the Ministry of Health, had to issue an alert in September last year, warning people of its “serious health risks” after rumours began circulating on social media that it was an effective way to prevent Covid. The government strenuously warned against its use, stating that “there is no scientific evidence of any kind that it is effective for its treatment or prevention or for any other pathology.”
The father in the Valencia case was arrested in November 2020 when the child’s mother reported him to police for putting her daughter’s life at risk, and the Institute of Legal Medicine (IML) was called in to report on the chemical in question. It might seem incredible, but the forensic doctor reported that there had been no injury to the young girl “after ingestion” of the chlorine dioxide, and went on to add to the chemical “has been used by some doctors as a treatment for viral infections such as malaria or Covid.”
The IML expert didn’t make reference to the government’s stark warning about the compound in September, when the Ministry of Health released a statement saying that: “Its consumption is not recommended in any case.”
The Ministry added: “different health authorities have been warning since 2010 of the risks of its consumption and taking measures to avoid it.”
The Government cites, among others, these dangers: “It is a strong oxidant and the health risk can be serious in some patients and require hospitalization.” Its direct consumption “can cause abdominal pain, nausea, vomiting or diarrhoea.”
The report by the IML also failed to mention that the National Institute of Toxicology “has reported several cases of poisoning caused by the consumption of chlorine dioxide,” and that several international authorities have warned against its use as there is little evidence suggesting it has any therapeutic benefits.
The lawyer representing the child’s mother appealed the court’s decision, requesting that a new, more comprehensive report on the dangers of the chemical be commissioned, but was denied and the child’s father was exonerated.
Source: Las Provincias