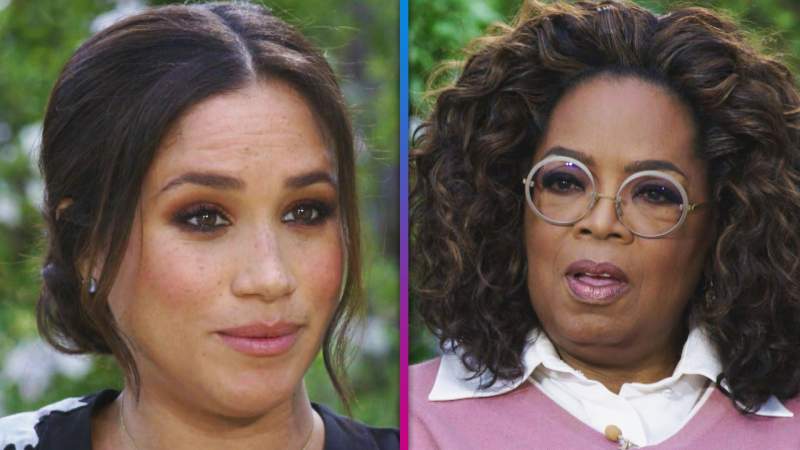 Oprah Winfrey Said Even She Was ‘Suprised’ By Meghan And Harry’s Claims Against The Royal Family.

OPRAH WINFREY has said Meghan Markle and Prince Harry wanted to tell their side of the story in the bombshell interview but even she was “surprised” by the allegations they made against The Royal Family. The 67-year-old mogul discussed the secrecy around the interview with Nancy O’Dell this week, stressing how important it was that nothing leaked before it aired on CBS so that no clip could be ‘exploited.

The Duke and Duchess of Sussex sat down with the US chat show legend last month and discussed their decision to step back as senior members of the Royal Family. In the interview on Nancy O’Dell’s channel on talkshoplive, Oprah said she had “no idea” it would “reverberate” in the way it has done.

When Oprah was asked if she was ‘surprised’ that Harry and Meghan were so open and forthcoming in the interview, Oprah admitted that she was- she was particularly shocked she said when Meghan said that royal family members had had ‘conversations with Harry about how dark [Archie’s] skin might be when he’s born.’

It was at that moment that Oprah’s jaw dropped, and she paused for a moment before incredulously responding, ‘What?’ — a reaction that has since become a meme on social media. ‘I’m like, “What? You’re going there? You’re going all the way there,”‘ Oprah said of her thought process at that time.

Describing how the meeting was set up, Oprah said that she had only texted with Harry and Meghan before the actual interview, and her only understanding was that they were only focused on sharing the truth with the rest of the world.

‘Whenever I’m doing interviews with anybody for anything that is significant, I have a conversation with them before. I didn’t see Harry and Meghan before but I did text them and say intention is very important to me, tell me what your intention is, so that we can be aligned in our goal. And our shared intention was the truth. They wanted to be able to tell their story and tell it in such a way that allowed them to be as truthful as possible.’