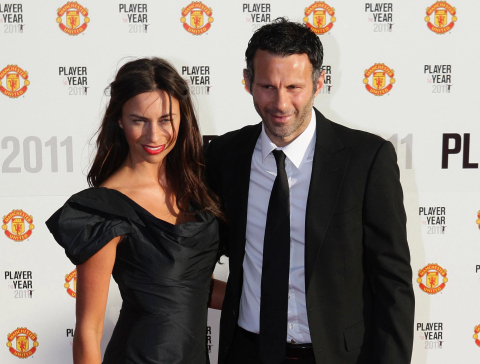 Ryan Giggs Faces Up To Five Years In Prison If Convicted Of Assault And Coercive Control.image: Twitter

Ryan Giggs Faces Up To Five Years In Prison If Convicted On The Charges Of Assault And Coercive Control.

Former Manchester United midfielder Ryan Giggs could face up to five years in prison after he was charged with assaulting two women and coercive control. Last night he vowed to clear his name as the Welsh FA confirmed that his deputy Robert Page would take charge of the country’s team at this summer’s European Championships.

Ryan Giggs was found loading a large suitcase into his car and leaving his home at 3 pm yesterday for the police station. The 47-year-old Welsh boss who was driven to Swinton police station to be charged, said: “I will plead not guilty in court.” Giggs was alleged to have “controlled” his ex-girlfriend for three years.

He arrived at Manchester’s Swinton Police Station at 3:25 pm and spent 20 minutes where police officers read the accusations against him- Giggs departed at 3:45 pm but did not return home.

Police were called to the 47-year-old’s home in Worsley, Greater Manchester, in early November following an alleged bust-up with his ex-girlfriend Kate Greville, and he was later released on bail.

But on Friday, the Crown Prosecution Service confirmed the Welshman had been charged with assault and coercive control against Greville. The “second woman” referred to is believed to be a friend.

Giggs, 47, will is set to appear at Manchester and Salford Magistrates’ Court next Wednesday, April 28, a Crown Prosecution Service spokesperson announced and confirmed that the Wales Manager is accused of causing actual bodily harm to 36-year-old PR worker, Kate Greville, in November at his home in Worsley, Greater Manchester.

The law defines “a pattern of assault, intimidation, humiliation, intimidation, or other abusive behavior or conduct used to injure, punish, or scare a victim.”

And as reported by The Sun, coercive or controlling behaviour carries a maximum sentence of five years behind bars.