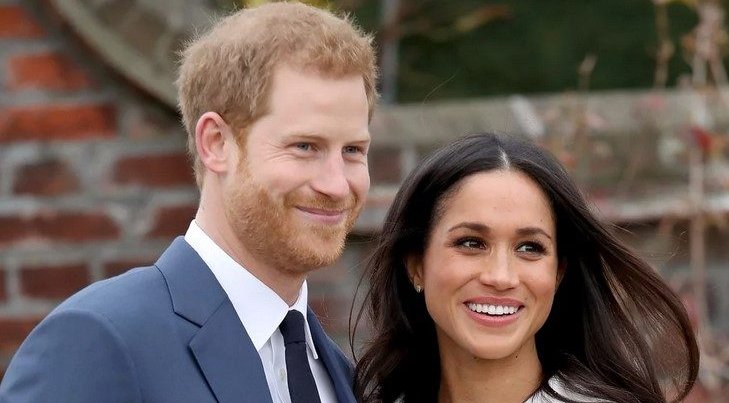 Harry And Meghan Are Proud Parents For The Second Time. image: twitter

According to Royal expert Daniela Elsa, senior members of the Royal Family are very angry at the constant leaking of information from the Palace and have called a halt to any talks that were ongoing with the Duke and Duchess Of Sussex.

It was thought that the funeral of the Duke of Edinburgh might give Harry the perfect opportunity to reconnect with his family, as Harry and William were spotted on camera after the funeral sharing what looked like a normal conversation as they walked along, accompanied by Kate.

Insiders at the Palace say that Harry then met with his father, Prince Charles, and his brother William, in a two hour get together after the funeral, but then, following a series of confidential details being leaked to the press, it is believed that all communication between the senior Royals and Harry, according to The Sun, has now been put on hold.

Claims from Palace insiders say that there are questions being asked by senior Royals reportedly wanting to know how details of Meghan Markle watching Prince Philip’s funeral were published with actual comments from Palace insiders, while details also emerged about Meghan sending a wreath to the funeral, with a hand-written note attached.

Daniela Elsa commented, “something Sussex-related has managed to end up in the headlines”, while there were no details released anywhere about the other eight wreaths that were alongside Meghan’s, with Ms Elsa writing for news.com.au, saying, “The appearance here is that even at this moment of mourning, someone Sussex-adjacent has seen the wreath and Meghan’s note as an opportunity to drum up some good PR, hardly edifying stuff”, as reported by express.co.uk.