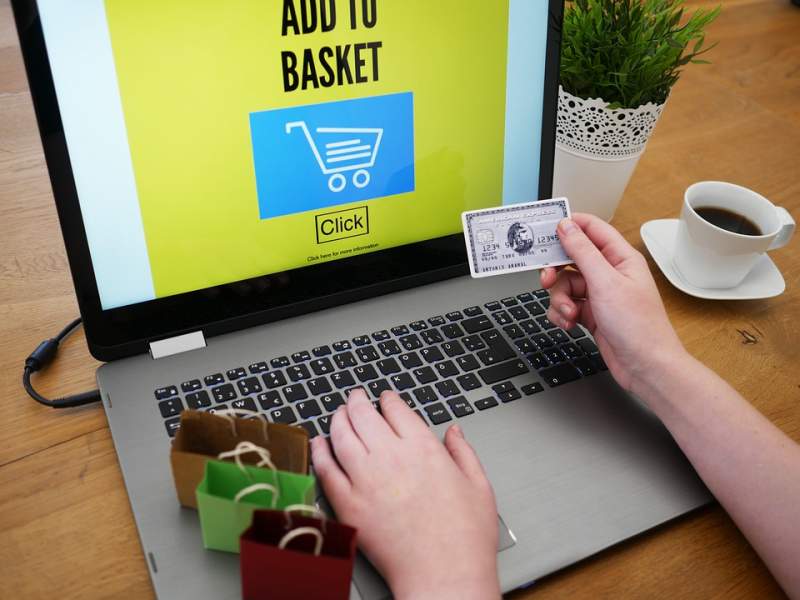 Online shopping grew during in the past year. Image: Pixabay

A SURVEY carried out in May 2020 by marketing company Empathy.co revealed 33 per cent of those questioned admitted to shopping online more often since the start of the pandemic.

Now a further lockdown survey has shown a further rise of 12 per cent in online shopping in Spain in the last 10 months.

The frequency of online shopping remains the same, with the preferred option being once a month for 34 per cent of respondents, followed by once a week for 27 per of those surveyed.

The average spent online has remained roughly the same, ranging between €50 and €100 for 46 per cent of online consumers, while 35 per cent spend less than and followed by less than €50.

The most purchased products appear to be electronics (57 per cent of shoppers), fashion (53 per cent), clothing and sports equipment (49 per cent) and books (45 per cent).

In addition, the study found there was a nine per cent drop in the purchase of food products compared to the beginning of the pandemic, as well as a six per cent increase in requests for home catering or delivery services.

A further interesting discovery is that today’s online consumers are far more aware of the importance of controlling what data they do and do not provide online.

Only six per cent of those surveyed say they are not concerned about this issue and provide their data whenever necessary.

“Although it is possible to observe a clear profile of post-pandemic consumers in Spain who embrace online commerce and fully integrate it into their consumption routine, it is important to pay attention to different online consumption habits that are not shared by all consumers and that should be analysed according to the age variable,” said Empathy.co.uk.

“According to the data collected in the study, a different online shopping behaviour is observed in each of the existing generations in today’s society and, therefore, also a different consumer profile for each of them.”