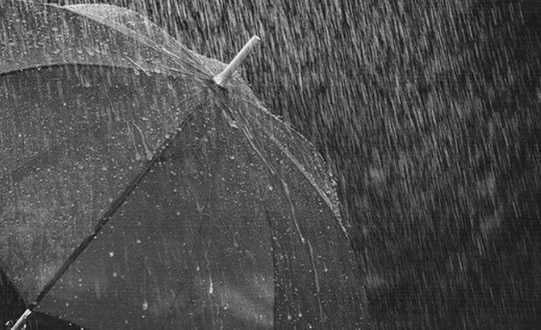 Storm Lola will continue to affect Andalucía until Thursday says AEMET, Spain’s State Meteorological Agency, with the bulk of the heavy rainfall diminishing towards the end of this afternoon (Monday 26), but with warnings that some places like Ronda and Antequera – who had a yellow warning in place – could well have seen up to 15 litres an hour earlier today.
The forecast for Tuesday is not so good, with Aemet issuing a yellow weather warning for the whole of Málaga province, from midnight on Monday through to around 5pm on Tuesday afternoon, and probably up to 8pm in the Axarquia region.
José Luis Escudero, a meteorology expert, who writes a blog called ‘Storms and Lightning’, wrote, “Accumulated rainfall in an hour of 20 litres is expected in Costa del Sol and Guadalhorce, Axarquía, Antequera and Ronda. And up to 40 litres in 12 hours on the Costa del Sol, Guadalhorce and Axarquía”.
He continued, “From this position, it will affect the province of Málaga to a greater extent, leaving more generous rains than in recent days. Málaga capital has only 5 litres an hour in this episode”.
Mr Escudero added, “the vast majority of the models give a very high probability, starting at dawn and early on Tuesday morning. These precipitations will clean the skies of the haze that we have”.
AEMET has said the possibility of showers on Tuesday is 100 per cent, possibly accompanied by storms, with temperatures fluctuating between 16 and 22 degrees in the case of the Málaga capital.
There is still a 55 to 65 per cent probability of showers on Wednesday, and on Thursday, there is between 30 and 40 per cent probability of showers, but by Friday the weather should clear up again, ready for the weekend, as reported by diariosur.es.
The Euro Weekly News is running a campaign to help reunite Brits in Spain with their family and friends by capping the costs of PCR tests for travel. Please help us urge the government to cap costs at http://www.euroweeklynews.com/2021/04/16/ewn-champions-the-rights-of-brits-in-spain-to-see-loved-ones-again/