No Evidence Of Covid Outbreak After 5,000 Strong Concert In Barcelona 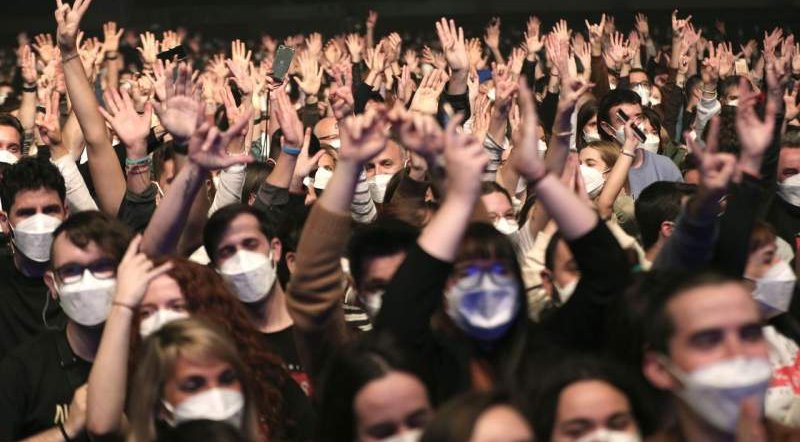 No Evidence Of Covid After Concert In Barcelona. CREDIT: Twitter

ORGANISERS say there has been no evidence of a Covid outbreak one month after a 5,000 strong concert in Barcelona.

One month ago, EWN reported on a Love of Lesbian gig at Barcelona’s Palau Sant Jordi, which is the first large concert in over a year.

Attendees were not required to stay seated or socially distance, however, they did have to provide proof of a negative antigen test and wear FFP2 masks. This was all part of an experiment by that Festivals per la Cultura Segura and Hospital Germans Trias i Pujol.

The following month, after tracking the number of Covid-19 cases amongst the 4,592 concert-goers who gave their consent to share this information, the organisers have now confirmed that the gig did not cause a spread of Covid-19, which is good news for further events and festivals.

Only 6 people tested positive within two weeks after the concert, which is the equivalent of an incidence rate of 131 cases per 100,000 inhabitants when Barcelona’s overall rate was 259.5.

Of the 6 cases, medical professionals have established that 4 were not infected at the event on March 27 event, however, the origin of the other 2 remains unknown. It is believed to be unlikely they contracted the virus at the festival because of the strict health and safety measures during the concert.

According to one of the event’s organisers, festival Cruïlla director Jordi Herreruela, they “can now see the light at the end of the tunnel.”

“There will be events this summer,” Heruela affirmed. “These will take place with safety measures and with the assistance of medical professionals,” he said, although it was not specified whether they would be under the same conditions as the Love of Lesbian concert.

Catalan culture minister Àngels Ponsa confirmed that the government has already received requests from other organisers to host future events, but that the health and culture departments were still working on details to make them possible over the summer.

“We still do not have certain methodological details or know-how to eventually lower the cost of mass antigen tests, but we are convinced that we will be able to,” she said.