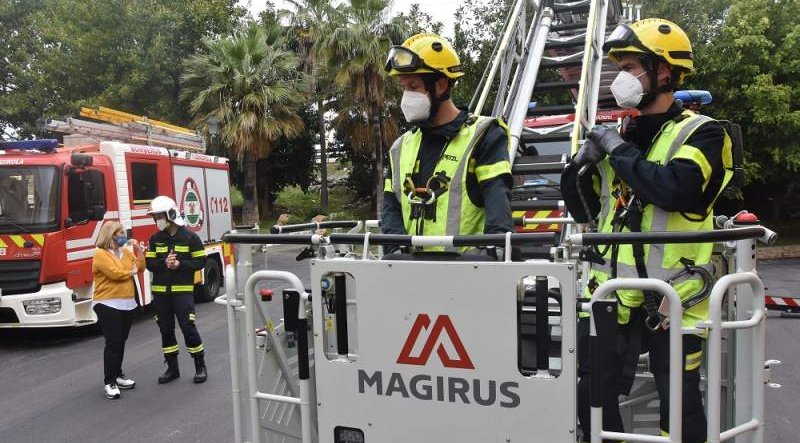 Autoscale appliance
THE Fire Brigade in Fuengirola has revealed that since it obtained its autoscale ladder unit in November 2019, it has been used on 195 occasions and as the only machine of its type in Andalucia has proven to be very useful especially in removing sick people from buildings.
Boar attack
A WOMAN was walking her Golden Retriever on some wasteland in Urb Bello Horizonte, San Pedro, Marbella when a wild boar suddenly appeared and attacked the dog, which was off the lead, injuring it in two different places on the hind leg before running off.
LGTBI agenda
TORREMOLINOS Mayor, Jose Ortiz, travelled with colleagues to Sevilla, capital of Andalucia to agree a joint agenda confirming commitment to cooperation in the field of rights and support for the LGTBI communities including discussions about congresses and fairs which would increase tourism.
Clean spot
THOSE living in Benalmadena have the chance to dispose of small electrical appliances, batteries, and other waste at free mobile points between 9am and 2pm. Schedule is first and fourth Tuesday Arroyo de la Miel Library, second Tuesday El Muro lift Benalmadena Pueblo, third Tuesday Plaza Solymar.
Rare orchids
MORE than 150 different species are blooming right now in the Estepona Orchid Park and because many come from tropical climates and require special botanical care, it is very unusual to see them anywhere in Europe. Book an appointment at www.orchidariumestepona.com.
Bus station
A BIT like the ongoing saga of the San Pedro Clinic, the town has been without a bus station for several years although building was started and then stopped. Now however, the Marbella Council has entered into an agreement to create a new facility for the town.
Bike maintenance
BEING at quite a high elevation and with some beautiful scenery, the picturesque village of Benahavis is very popular with bike riders. It has therefore just installed two new bike maintenance stations at the Skate Park and Plaza de los Rosales to add to those already available.
Mijas secrets
TWO new tours in Mijas Pueblo are on offer; a visit to a local winegrower with wine tasting and tapas and a tour specially oriented to the topic of water reserves (however, this only in Spanish / English). Advance registration is required by email to [email protected]
Beach cleaning
RECENT strong winds have meant that the Manilva Council has had to mobilise the work force to undertake work along the nine kilometres of coastline managed by the Council. Work is undertaken regularly during the year but the results of bad weather have to be tackled immediately.