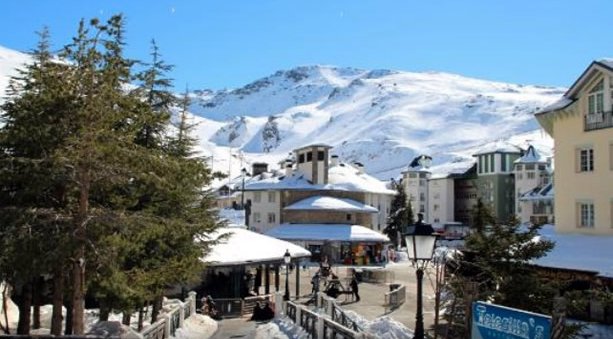 It has been reported that during the 2020/21 ski season in the Sierra Nevada, Granda, between December 18 and April 18, a total of 1,580 fines have been handed out by officers from the police security operation, for various infringements.

The specialised Ski Center of the Police Unit, which is based in Granada, runs this operation every season to ensure the safety of anybody making use of the skiing or leisure facilities of the Sierra Nevada National Park.

This season, of course, their work has made a lot harder by the coronavirus restrictions, and out of the 1,580 fines, 1,090 were for non-compliance with mask-wearing, another 226 were for violating the restriction of crossing territorial borders, and 10 more for not respecting the curfew hours.

Another 15 incidents involved sanctions against establishments after inspections, and 16 for complaints against dangerous dogs. The officers were also responsible for carrying out 90 acts of humanitarian aid, with 11 incidents from sports competitions.

Two new ski courses came into effect this season as well, with instructors from the Spanish Ski School – under the control of the Institute of Emergencies and Public Safety of Andalucía (IESPA) and the collaboration of the public company CETURSA – which featured one at an advanced level, and another where pupils could be shown the necessary basics to be able to become a better skier.

For next season, a deal has been struck between Monachil Town Hall and the Ministry of the Presidency, Public Administration, and the Interior, for the police to have a headquarters facility located centrally in the Pradollano resort, as reported by juntadeandalucia.es.