Trio held in Granada for inciting terrorism against the French 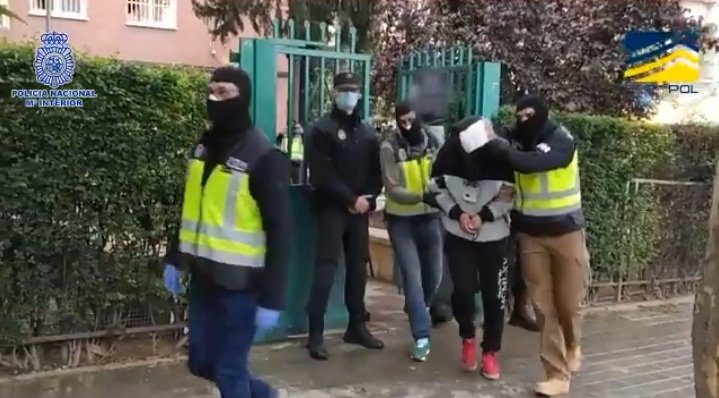 Trio held in Granada for allegedly inciting terrorism against the French.
THE three detainees have been remanded into custody in Granada for encouraging terrorist actions against French people and interests.
After the reissue of the cartoons of the Prophet Muhammad, by the French newspaper Charlie Hebdo, the detainees posted numerous videos on their social profiles threatening death and justifying the commission of violent actions to avenge said publication, according to the National Police.
“The seriousness of the threats made, together with the ability to persuade their followers, represented an obvious risk to collective security, not only in Spain but also in France,” said the police in a statement.
The three detainees are alleged to have taken part in crimes of self-training, threats and terrorist glorification.
“Those arrested, who would be highly radicalised, used their profiles on social networks to, among other things, encourage the carrying out of terrorist and violent actions against French people and institutions.
The investigation began when last October, coinciding with the reissue of the cartoons, officers detected several videos on social networks “where several individuals expressly advocated jihadist terrorism and made extremely serious and violent threats against people, including the president, and French interests”.
The detainees were apparently “intensely active on the internet”, managing different accounta with almost 19,000 followers.
“Aware of their influence on the younger public, they created specific content adapted to them, with the aim of gaining the trust of the most vulnerable and attracting them,” the police added.
The arrests were made in the early hours of Tuesday morning, April 27, and two searches were carried out, in which a large amount of material, electronic media, telephone terminals and documents were seized.
They are now being analysed by the investigators.

As part of a separate investigation, the National Police arrested a man in the town of Basauri, Vizcaya, for his alleged participation in a crime of terrorist threats, after he had been seen publishing on his social media account – which had a large number of followers – videos where he personally threatened to, and urged people to, commit extremely crude violent actions.