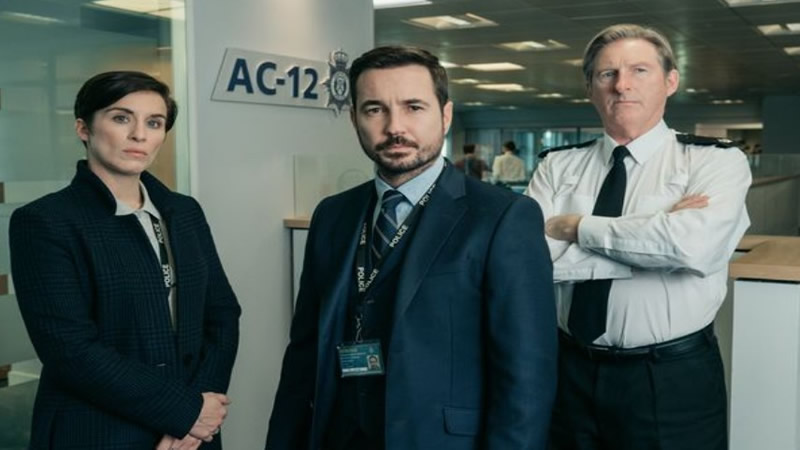 Who Do Think Is "H" In Line Of Duty?. image: twitter

WHO Do Think Is The Mysterious “H” In The BBC1 Crime Drama ‘Line Of Duty’?

Series six of the popular BBC1 crime drama ‘Line Of Duty’ has its series finale this coming Sunday 2, the storyline has been supreme so far, and the tension is unbearable, bring on Sunday, please.

At this stage, we don’t know if there will be a series seven, as writer Jed Mercurio OBE has yet to comment, which only adds to the whole suspense of whether the mysterious “H” will finally be revealed on Sunday, or will we be left hanging!

As you would expect with a crime story, a lot of clues have been hidden subtly in each episode, along with some red ‘Jed’ herrings no doubt, but the burning question is of course, who is “H”?

The BBC showed a finale trailer teaser, which you can watch below, but some brilliant writing by Mercurio – who also wrote ‘Bodyguard’ – has led to a number of characters possibly being the shady criminal.

One of our writers at the EWN thought he knew exactly who “H” was when we were discussing it, straight away he said, “Isn’t he the guy out of Steps?”.

Is it too obvious that Supt Ted Hastings, brilliantly played by Adrian Dunbar could be H? There are more clues each week that point to Hastings, and in the trailer, see how he supposedly spelled “definate” incorrectly, a word which “H” has been seen to spell wrong in communications in the laptop chats.

DCI Marcus Thurwell, who is hiding out in Spain apparently, is played by the excellent Northern Irish actor, James Nesbitt, and is another who the finger is pointing at. In last Sunday’s episode when the Guardia Civil raided Thurwell’s villa, there was a close-up of the face of the captain of the Spanish police squad, and those eyebrows looked remarkably like those of Nesbitt.

Could it be DCI Carmichael who rejoined the plot in series six? To me, again that is too obvious.

DC Chloe Bishop, is she the daughter of Tony Gates, who was the bent copper killed off in season one? If you recall, Bishop said he had two daughters, Natalie and Chloe, and Chloe at that time, in 2021, was in school, which would now make her in her 20s, as is DC Bishop. Is she out for revenge after her father killed himself after being investigated by AC-12?

What about DS Chris Lomax? He didn’t seem too keen to dig up the floor of the warehouse did he? Think back to series two, when a body was found under a floor, as this the modus operandi of the OCG maybe?

And didn’t Lomax say on Sunday about meeting somebody at The Red Lion? The same Red Lion pub frequented by criminal Carl Banks, who is suspected of being one of Gail Vella’s assassins?

It surely can’t be Act Det Supt Jo Davidson, or heaven forbid, DI Kate Fleming, or DI Steve Arnott? Or is “H” somebody else we have totally overlooked? Hopefully, we will find out by 10pm next Sunday evening!