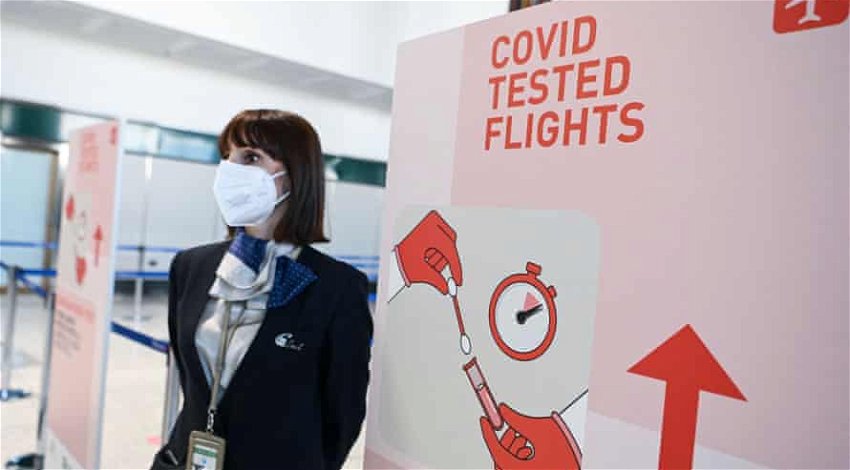 Boost For Summer Holidays As PCR Test Price Set To Fall To £45.

Holidaymakers will be able to pay just £45 – €51.75 for a Covid test under new UK government plans to help reboot the travel industry this summer. The announcement is already being welcomed by Spain’s tourism industry and business owners across the British holidaymaker’s favourite destination.

PCR swab tests are required to enter most countries in Europe and will continue to be compulsory for those arriving back into Britain. Transport secretary Grant Shapps announced on Thursday that a “new entrant” had made it possible to supply PCR tests for just £44.90 – €51.

Under current rules, anyone travelling to the UK must take a pre-flight test and buy a two-swab package to be used two and eight days after arrival. Official packages use gold-standard PCR technology and the cost is set to fall from £200  – €230 to £45 – €51.75 by May 17 when it is hoped some overseas travel will resume.

Experts had predicted that foreign holidays would become the “preserve of the wealthy” this summer with passengers facing up to £420 costs per head for all the Covid tests required in order to travel.

On Thursday, April 29, Mr Shapps told MPs in the Commons: “I know that the House is interested on the update with regard to travel returning internationally and I wanted to provide a very quick update to say that although PCR tests may be required from a medical, scientific point of view, we have been working with private laboratories, pharmacies, supermarkets and other companies to encourage them to deliver on their logistical expertise and enter the market and drive down the cost.”

He added: “We’ve seen some success so far because the cost of a single PCR day two test now has come down to £60 – €69 from one of the large providers on the government-linked site with a new entrant now at £44.90 – €51, enabling more people to access PCR tests as international travel returns.”

The news comes after the EWN’S successful campaign urging the government to lower the price of PCR tests. Aviation Minister Robert Courts MP replied to a letter by EWN CEO Michel Euseden calling for lower prices confirming that the government had plans to make tests more affordable.