Portugal To Reopen Land Border With Spain On Saturday 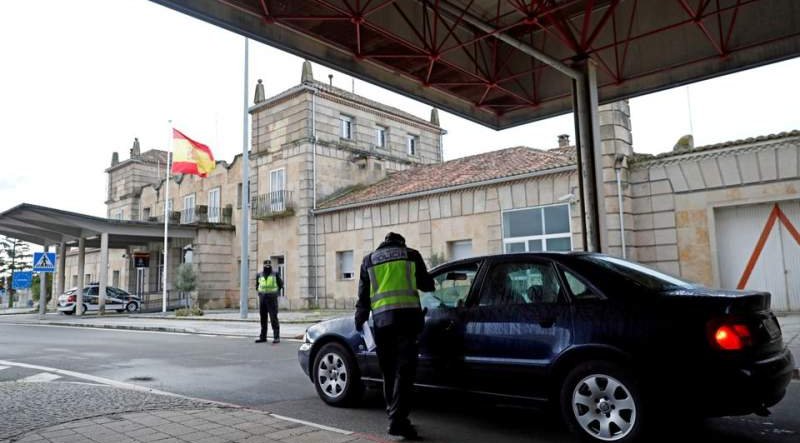 Portugal To Reopen Land Border With Spain On Saturday.

The Prime Minister of Portugal, António Costa, has announced that the land border with Spain, which has been closed since January 31 due to the pandemic, will be reopened to normal traffic on Saturday, May 1. Until recently, only citizens and residents returning to the country have been allowed to cross, as well as vehicles transporting goods.

Costa said at a press conference that this measure is part of the last phase of Portugal’s deconfinement plan, which may now advance from this Saturday thanks to the positive trend registered by the pandemic in the country.

The de-escalation measures include the extension of the opening hours of restaurants, cafes, and patisseries until 20:30. Gyms and sports activities are returning to normal activity and the schedule of cultural shows will be extended to 10:30 PM. Weddings and baptisms will also be allowed with a capacity of 50%.

However, teleworking will continue to be mandatory and the areas with the worst epidemic indicators will continue to maintain restrictions. These measures will take effect from Monday, May 3.

The president of the Portuguese country, Marcelo Rebelo de Sousa, has announced that he would not propose a new renewal of the state of emergency, the highest alert level. “I decided not to renew the state of emergency,” said the head of state in a statement to the country, in which he explained that he made the decision after hearing the specialists, the Government, and the parties that make up Parliament.

The state of emergency, in force from November until April 30, must be approved by the president, approved by Parliament, and renewed every 15 days, as established by the Portuguese Constitution.

Rebelo de Sousa explained that in his decision he took into account “the stabilisation and even decrease in the average number of deaths and those admitted to the wards and in intensive care units, the reduction of Rt (the transmission index) and the stabilisation of the number of infected”.