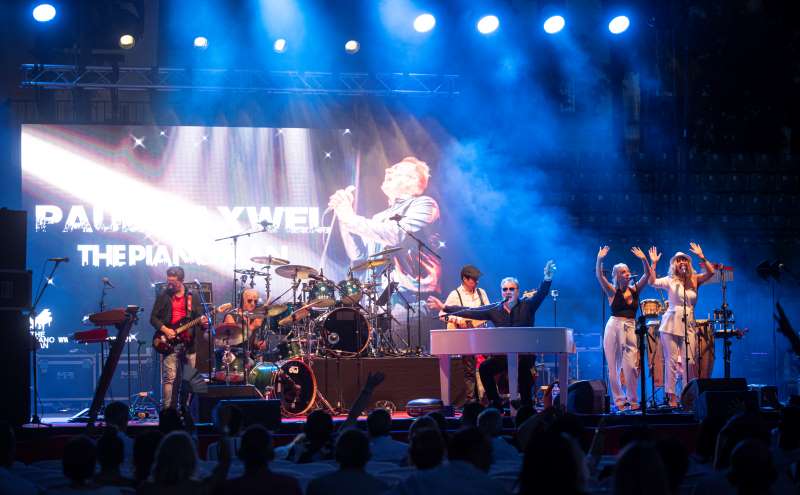 FOR two years now, Paul Maxwel, the popular ‘Piano Man’ has been planning a very special celebration of the work of Sir Elton John and Bernie Taupin which has now come to fruition.
Known by many residents and visitors to the Costa del Sol as an outstanding performer with several albums beneath his belt, he has been the performer of choice to support such illustrious visitors as George Benson and Seal amongst others.
Now he is to make the stage at the Marbella Arena Bullring in Nueva Andalucia his own as he performs his celebration of the work of Sir Elton backed by a six-piece band and the Malaga Symphony Orchestra.
This will be a very special event and as Paul explained when we spoke, “In the past year and a half I really just performed twice at special events and have been devoting myself to getting this show off the ground.
“It’s a dream come true to be working with the Malaga Symphony Orchestra and I can’t wait to get back on the stage again.”
Don’t expect Paul to come on stage with huge glasses, platform boots and feathers as this isn’t a tribute but a celebration of one of his favourite performers and many have compared his voice to that of Sir Elton, but he is a musician and performer in his own right and has created some new arrangements to suit his style.
One of the challenges will be getting together with the orchestra but there are two rehearsals planned and then a final run through of the 90-minute show as part of the sound check on the night.
It was as early as 1970 that Sir Elton was filmed playing with a classical orchestra by the BBC and since then has shown his affection for performing with full classical orchestras on a number of occasions.
The show will start at 10pm on Tuesday June 22 with tickets costing from €30 to €99 and can be obtained online via the https://marbellaarena.com/ but be aware that due to continued pandemic regulations even though the arena is large, the number of tickets available is restricted.
Prior to this, Paul will be taking the band out without the orchestra in The Elton John Experience which will be at the Teatro de Las Lagunas, 16 Camino del Albero, 29651 Las Lagunas de Mijas on Sunday May 14 from 7pm with tickets costing €20 in advance or €25 on the night but remember the number of seats available will also be restricted.
Both shows promise to be chock full of the best of music by Sir Elton and words by Bernie Taupin, but the evening at the Bullring could be one to tell your grandchildren about and Paul intends this to be the first of a number of similar concerts to be played around Europe.