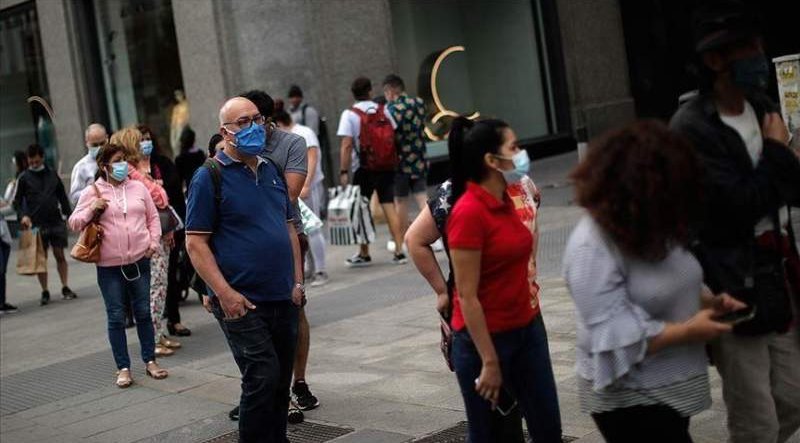 Spain Approaches The End Of The State Of Alarm With Declining Covid Rates.

Spain is approaching the end of the state of alarm as the cumulative incidence falls slightly and now stands at 229 cases per 100,000 inhabitants. Spain’s Health Ministry has reported 9,135 new cases and 136 deaths in the last 24 hours while at the same time breaking the vaccination record with 504,000 doses injected in one day.

The indicator, used since mid-April 2020, has served as the basis for decreeing restrictions,  and has remained at around 230 cases per 14 days per 100,000 inhabitants. There are now indications that over the next few days it may decrease slightly more.

Today, Friday, April 30 health registered a slight drop compared to Thursday and stood at 229.20 cases, one less than the previous day. The fourth wave of the virus, although showing an average drop for the country as a whole, registers an enormous disparity of almost 500 cases between some regions.

The situation existing in these autonomies contrasts with that of the Valencian Community, which has remained at 43 cases per 100,000 for weeks and is the only area one that meets the objective set by the Government to enter the ‘new normal’ post virus period, which is below 50 cases.

According to official data from the Ministry of Health, which only counts those who have tested positive, 3,524,077 people have been infected with coronavirus in Spain since the beginning of the pandemic- 130,609 are health professionals (doctors, nurses, care workers, etc).

Seventeen scientific societies in total have asked the Ministry of Health this Friday to allow those already vaccinated with a single dose of AstraZeneca to receive the second if they wish.