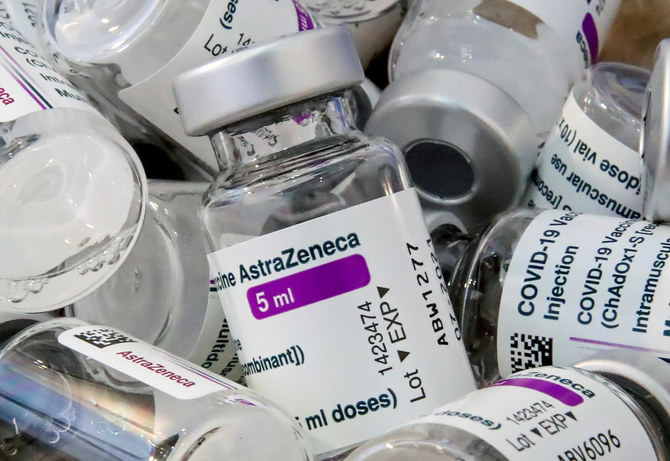 Spain Suspends Second Dose Of AstraZeneca For Under 60-Year-Olds For At Least A Month. image: Wikimedia

Spain Suspends Second Dose Of AstraZeneca For Under 60-Year-Olds For At Least A Month- And Possibly Even Longer.

It will have been 84 days since the first doses of the Oxford-AstraZeneca Covid-19 vaccine were administered in Spain. That’s 12 weeks – the maximum time that the technical data for the Covid-19 vaccine recommends between the two injections necessary to offer full protection against Covid-19.

The Public Health Commission, which is made up of the central Health Ministry and the country’s regions, met today, Friday, April 30, to decide what course of action to take for the more than a million under-60s who have received their first dose and have been left in limbo ever since the Spanish health authorities opted to use the medication exclusively for the 60-69 age group- given concerns over the small risk of blood clots associated with the AstraZeneca vaccine.

The health authorities have now opted to delay the decision to use the vaccine for at least another four weeks and possibly even longer.

The group affected by the temporary ban is made up of essential workers who began receiving the vaccine from February 9 onward. Around a million of them had got their first shot when the Health Ministry took the first decision to suspend the use of the vaccine on March 15. When the process restarted, the vaccine was being given to the same group as well as among the general population up to the age of 65.

However, on April 7, when 2.1 million people had been given the shot, its use was halted once more leaving the under-60s in limbo (the ministry has not supplied information on exactly how many people are affected). The ministry decided to only use AstraZeneca on the 60- to 69-year-old group, given that the blood clot cases that had been registered were mostly among younger people.

Netherlands  Suspends Use Of AstraZeneca Jab To Under 60s

The Dutch Government suspended the rollout of AstraZeneca’s coronavirus jabs for people under the age of 60 after fresh reports came in of rare blood clots. The sudden move comes after five new cases of clots were discovered in the Netherlands, affecting women between 25 and 65 years of age, one of whom sadly died.

‘We must err on the side of caution, which is why it is wise to press the pause button now as a precaution,’ Health Minister Hugo de Jonge said in a statement. The suspension of AstraZeneca jabs will last until April 7 when the European Medicines Agency (EMA) is expected to come out with fresh advice on the issue, he said.