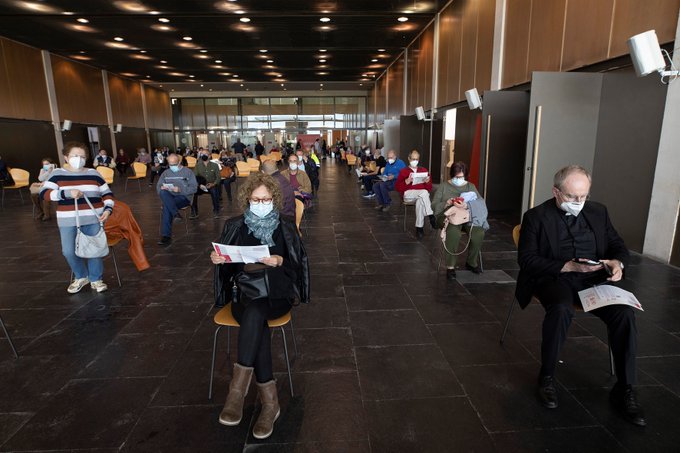 SPAIN’S Health Ministry has reported fewer than 3,000 deaths last month for the first time since September 2020, a significant drop that experts attribute to the roll-out of vaccines and may indicate that the country has seen the worst of the pandemic.

In Friday’s update, April 30, the ministry confirmed there were 2,757 Covid-related deaths in April, the first time there have been less than 3,000 fatalities in six months.

In the last 30 days, as more than eight million doses of vaccine have been administered, mortality has plummeted from the more than 200 deaths per day reported in March to around 90 last month.

The Carlos III Health Institute is still analysing the data, which can take three weeks, but the trend appears to be promising, reports El Pais.

It was announced yesterday, Friday, April 30, that the government has sent 1.5 million AstraZeneca vaccine doses across Spain.

According to Spanish newspaper Sur, the AstraZeneca vaccines will mean that next week Spain will have given two doses of vaccines to five million people.

The news comes after it emerged that 100 per cent of all those over the age of 80 in Spain have now received at least their first jab and 78 per cent have received both doses.

It was also revealed that 67 per cent of those aged between 70 and 79 have also received both doses.

The vaccination of people aged 60 to 69, who have been given the AstraZeneca drug, has accelerated with almost half of this age group having received their first dose.

Meanwhile, 600 volunteers are being sought by the Carlos III Health Institute to take part in a trial that will determine if Pfizer can be given as a second dose to those who have received a first jab of AstraZeneca’s vaccine.