Fuengirola Revisited, one man's story of his perfect town 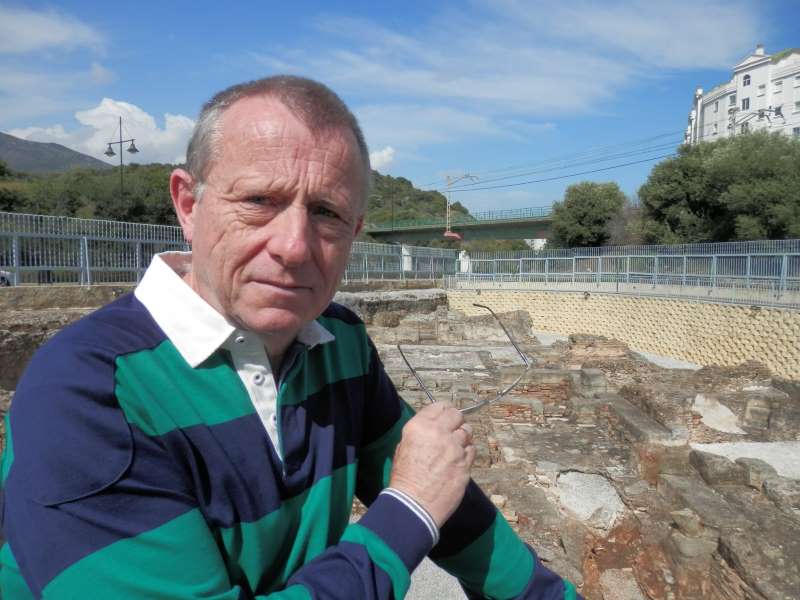 HAVING settled in Spain 20 years ago, Patrick Meehan ended up writing Fuengirola Revisited, a book which gives an Englishman’s view of what in his opinion is the perfect town.
The project came about because when members of his family were due to spend Christmas with himself and wife Ali (the founder of the successful Costa Women Group) he knew that the ladies would find plenty of shops and entertainment to keep them amused.
He thought that it would be fun to do some research on Fuengirola so that he and his daughter’s partner could explore some of the town’s historic buildings and learn about its development.
The research was done but the visit was postponed because of an accident on the runway at Bristol Airport so Patrick was left with a pile of research and decided he would spend a few months putting it together in the shape of a book.
Now all these years later the work is complete and available to buy in hardback form, e-book or audio book starting at just €9.90 and with 23 chapters and 50,000 words it seems to be exceptional value.
It’s the first book of its kind in English to really get to the heart of the town and how it grew and finally attracted so many tourists who have brought prosperity to what was a white village and a diverse cultural growth.
Patrick goes to some pains to say that he is not a historian, nor is this a dry history book, instead it is his view of how, what started out as a tiny coastal settlement grew through the ages as it was nurtured by the Phoenicians, Romans, Vandals, Visigoths and Moors and Castilians before becoming what it is today, a town with everything, richer, healthier and better than ever before.
Sensitive to the fact that there may be lingering wounds from the 1930s up to the 1970s, Patrick could not ignore the history of Spain in the 20th century but whilst detailing events as he sees them as a foreign observer, he has been very careful to cover the subject with respect.
The book itself will be A5 with a gatefold cover with the 1979 John Drummond map of the town on the inside and a ‘pre-human landscape’ by Teresa Henry across the front so as well as being an interesting and captivating read, it will also be a perfect ‘coffee table’ acquisition.


Patrick Meehan spent several years in the RAF before becoming a highly successful IT specialist and then gained a degree in in Sociology and Social Anthropology at the University of Kent which has been very useful as he delved into not just the history of the area but also the different people who have inhabited it over the centuries.
He settled in Spain 20 years ago, married Ali in 2002 and the pair of them spent five years in Dubai before returning to Fuengirola, their permanent home.
Due to the fact that this is a foreigner’s view of the town, it is currently only published in English, but if there appears to be sufficient demand from those interested in finding out more about Fuengirola, Patrick would certainly consider having it translated into Spanish.
The book may be purchased via www.fuengirolarevisited.com, from Salon Varietes in Fuengirola where the official launch took place, or local bookshops.