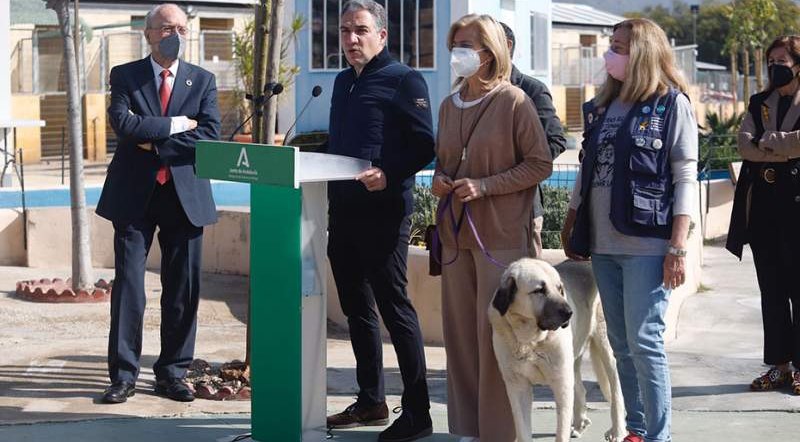 New regulations of the Andalucían Animal Welfare Law, which are waiting for final approval, will prohibit owners from having more than five pets. This is just one of the new regulations that also prohibits other things such as breeding and sale between individuals. According to the data, 8 out of 10 homes in Andalucía live with a pet.

The new Animal Welfare Law that the Junta de Andalucía is expected to approve implies a change of focus in the treatment of dogs, cats, ferrets and other companion animals.

This new draft regulation also guarantees that abused women who go to a shelter or reception flat for the homeless can take their pets with them. In the event that it is not possible for pets to live with them, the law will “guarantee that they have a relationship.”

The regulation, which defines pets as *“sentient beings”, states that the community has experienced a “quantitative and qualitative increase in animals destined for domestic possession,” and the numbers support it.

In Andalucía, there are currently 2.56 million pets registered and of those, the vast majority are dogs, which total 2.33 million. Cats number 213,000 and ferrets, which are kept at home as pets, number 10,885.

The new laws prohibit the breeding, and sale of domestic animals between individuals who are outside registered centers.

No animal may be given away as a prize or in a raffle, including the goldfish that the fairgrounds usually give as a gift to a winner.

It is forbidden to leave an animal tied or locked up on a balcony, terrace, roof terrace, or storage room. No house may have more than five pets.

Dogs must always be on a leash except in dog parks. Also, “potentially dangerous” dogs will still be required to wear muzzles.

The  Royal Canine Society of Spain (RSCE)  has asked the Junta de Andalucía to modify its Draft Animal Welfare Law and eliminate the obligation to sterilise all domestic animals before they are one year old. RSCE is worried that this measure will eventually lead to ‘race extinction of the animals they also say early sterilisation can be detrimental to health.

The proposed law also implies that there can only be professional breeders, cutting out any legal framework for family and amateur breeders, who today account for more than 75% of purebred dogs.

* Sentient creatures have the ability to receive information from their environment and to feel and react to that information, whether they show fear, happiness or indifference. … To be sentient, a creature must have a central nervous system and the capacity to perceive an environment and think through reactions.
Source: diariodesevilla