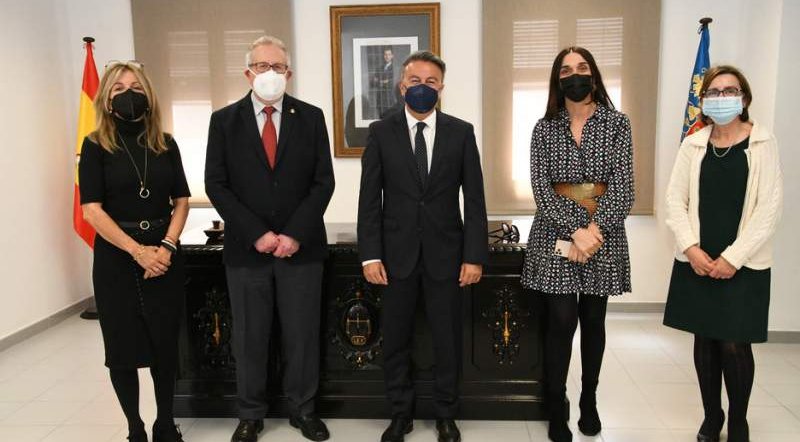 Fourth term  GABRIEL SAPENA SALINES was sworn in as Javea’s Justice of the Peace for a fourth consecutive term with the backing of all town hall councillors who applauded his commitment as a local mediator.
Great woman ALFAZ’S Equality department proposed that Albir’s new road linking the CV-753 and the N-332 roads should be named Avenida Clara Campoamor after the Spanish politician, feminist and advocate for women’s rights born in 1888.  This would honour a “great woman,” the town hall’s Equality councillor Rocio Guijarro declared.
Too fast A GUARDIA CIVIL speed trap registered a vehicle driving at 171kph on the A-77 near San Vicente, breaking the 80kph limit.  The driver, a 35-year-old Spanish man, faces a six-month prison term or community service as well as losing his driving licence for up to four years.
Fish farm CAMPELLO’S Fishing Guild welcomed the future arrival of what will be the Valencian Community’s largest fish farm.  It will attract the presence of more species to the area around the cages, said the Guild, while it should also provide work for fishing industry professionals and Campello residents.
Charge sheet GANDIA town hall will install 20 charging stations for electric vehicles over the next 18 months to promote sustainable transport while providing a service for visitors.  Municipal technicians and the Policia Local are now studying the needs of each district to determine where each station should be located.
Piracy police THE React Spain association, which collaborates with the Justice and Interior administrations, presented Benidorm’s Policia Nacional with a plaque in appreciation of their work in combatting offences against industrial and intellectual rights.  Last year, they impounded 83,000 fakes, arrested 26 people and successfully resolved 100 piracy cases.
Fire victim FIREFIGHTERS extinguishing a fire in inland Pinosa discovered the body of a local man who was in his 80s.  Initial investigations suggest that he was burning weeds in his olive grove near the Prado wetlands when the bonfire got out of hand and later spread to nearby reedbeds.