Almería Authorities To Invest €10.5m On Resurfacing Roads In The Province 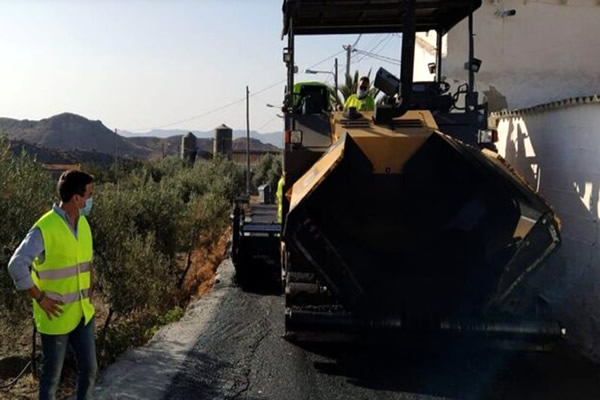 ALMERÍA Authorities To Invest €10.5m On Resurfacing Roads In The Poniente Almeriense

The Almería Provincial Council has announced the approval of three projects by the Junta de Andalucía, that will improve the network of rural roads in the Poniente Almeriense – sometimes also known as the “sea of plastic”, due to the many greenhouses that cover the whole region – in Roquetas de Mar, Adra, and Enix, with an investment of €10.5 million to be spent between 2020-21 on the 103 municipalities of the province of Almería.

Óscar Liria, the councillor for Development, pointed out that the rapid execution of these works, financed 100 per cent with its own funds, will reach each and every one of the towns in the province of Almería, with 21 stretches of road being resurfaced and renovated in the region.

Mr Liria said, “Roads give access to farms, agricultural and livestock farms, and are also important for the promotion of rural tourism. They guarantee the safety of workers, neighbours, and visitors, and are the starting point of the Almería agri-food that we export throughout Europe”.

During the next few weeks, the road improvement plan of the Almería authorities will become a reality in the municipalities of Enix, Roquetas de Mar and Adra, with almost €1 million investment, with eight roads being improved in Roquetas, spending €525,177 in Torres, Casablanca, Puesto Hormiga, Butano, Salinas a Vícar, Cortijo de Arcos and La Gabriela.

In the municipality of Adra, 12 roads will benefit from an investment of €303,820 on the areas of Havana I, Havana II, from the Puntal, Salinas to the Port, Ferrón, La Encantada, Cañada Miraflores, El Ciego, Zanja Nueva, Ingenio, Cortijo la Habana and Oropesa – Depósito (Section 2), with the works varying according to the needs of each road’s condition.

Work in Enix will include the improvement of a mountain track that crosses a cattle track, that starts from the AL-3402 to the Rural Complex ‘Las 3 Patas’ and also connects the urbanisation ‘Cortijo del Rey’, as reported by diariodealmeria.es.