What Happens When The State Of Alarm Ends On May 9 In Spain? 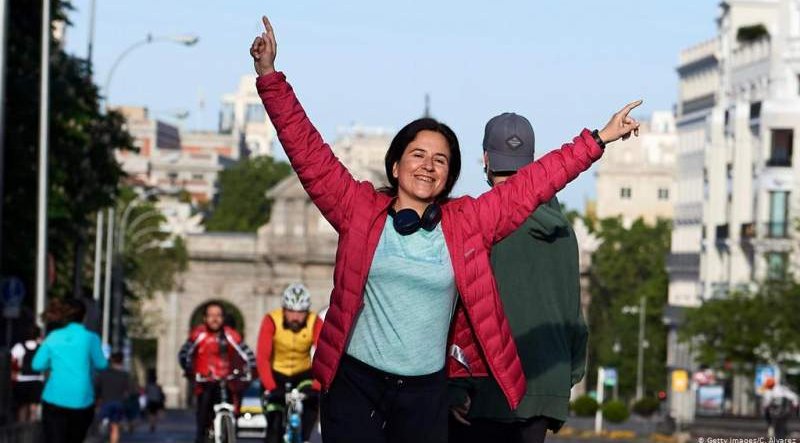 What happens When The State Of Alarm Ends On May 9 In Spain?

What Happens When The State Of Alarm Ends On May 9 In Spain?

The state of alarm ends on May 9 and after this Spain will return to the legal ‘normal’ situation prior to March 14, 2020. As announced recently by the President of the Spanish Government, Pedro Sánchez, the decree that regulates the state of alarm in Spain is not going to be extended. This will bring to an end the curfew and border closures, and the restrictive measures endured by the population since the pandemic began last year.

Concerns still exist of course, given that the pandemic is still very active and the vaccination campaign, weighed down by the AstraZeneca and Janssen cases and the lack of the necessary reserves of the other vaccines, is still far from the total necessary to aspire to a group immunity of 70%.

So many things have happened in the past year that have affected all of us and our lives will never be quite the same again. Rewinding back to last year we ‘mildly accepted’ the lockdown, shrugging it off as a temporary measure- surely this isn’t going to last many people thought. However, it did and carried on for over another year.

During that time thousands of British expats have had their lives turned upside down. Many have not seen their families and friends in the Uk for over a year. Flights have been booked and cancelled, then rebooked and cancelled again. Refunds from the airlines were promised but never materialised in the early days, instead, Ryanair, easyJet, Jet2 and the rest offered credit notes.

Sadly we lost family and friends throughout the pandemic and to make matters worse most of us could not attend their funerals, instead, watching over the internet- it was something but of course not the same as being there. Heartbreaking stories emerged of elderly people alone in care homes, faces press against windows, yearning to see their sons, daughters, and grandchildren, many dying of covid before they got the chance to be reunited with their loved ones.

Hospitals in Spain and England are reporting the same problems, instead of being overwhelmed by covid patients, they are now besieged by a backlog of operations put on hold over the last year. My heart goes out to the families of those cancer patients who sadly lost their lives to the disease during the pandemic, who, through no fault of their own, were left anxiously waiting for appointments and surgery- thousands died in the process.

Expat business owners in Spain have suffered badly too, with landlords still expecting rents to be paid, same as monthly contracts like electricity and water- regardless of the fact that there were no customers. Many sadly lost their lively hoods and sometimes their relationships too.

Employment shot up to unprecedented levels, the ERTE provide by the government went some way to keep families afloat- but only just. Food banks were left empty by rising demand, squatters moved into empty houses, many owned by expats unable to get over here due to the ban on travel.

Entertainers took on other work when they could find it, borrowing money from family and friends here and in the UK to survive. Work has been hard to find with many dropping their rate to a level they would normally never even consider. Things are about to change though and very soon entertainers will once again be proudly ‘treading the boards’ and will these grim times and look forward to a bright future and resumption of their beloved careers.

The government has said that regions WILL NOT be forced to limit mass events when the State of Alarm ends.

Carolina Darias, the Minister of Health, guarantees that a draft Public Health Commission document on the banning of mass gatherings depending on the incidence rate in the province will only be a guide for regional governments so that measures can be standardised throughout the country, but “in no case will we try to force the regions to follow these recommendations.”

“To recommend is not to prohibit. This type of event is the responsibility of the regions,” the minister said. The Public Health Commission proposal, which is still being debated, will establish four levels according to the cumulative incidence rate of the province.

The provinces at “extreme risk” – where there is a cumulative incidence rate of 250 cases or more – will not be allowed to hold “cultural, sporting, religious” events or “festivals or conferences” where “a high number of people” would be gathering inside or outside.

In the “high risk” provinces (with an incidence rate between 150 and 250) the maximum capacity at events will be 50 per cent with 250 people outdoors and 40 per cent with 75 indoors, as long as there is a distance of 1.5 metres if there are no fixed seats. If people cannot keep this distance, “the suspension of all events and mass activities” in provinces with high levels of contagion is recommended.

If it is decided that new restrictions must be adopted after may 9, the reference will be the Public Health Law of 1986, which enables the different public administrations to decree special measures for health reasons of urgency or necessity.

Basically, this means that if a region or area still has high incidence rates then the local government can still apply some restrictions, however, federal law states that border restrictions and curfews have to be lifted. Watch out for statements around May 7 by regional Presidents who will lay out their individual post lockdown plans.