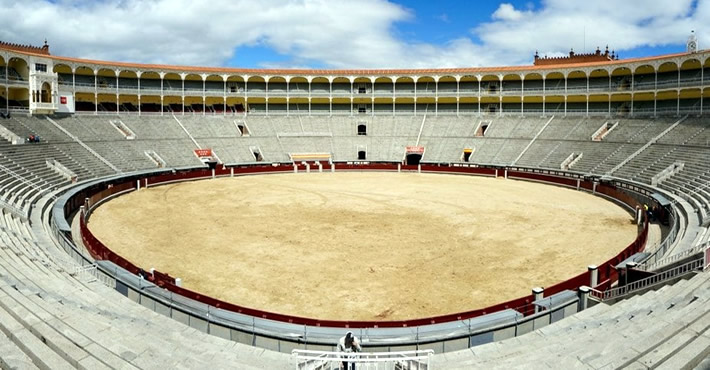 The Spanish capital of Madrid saw the return of bullfighting to the famous Las Ventas bullring today, Sunday 2, with a well-publicised charity run that saw a crowd of 6,000 people attend this sold-out first return, complete with coronavirus protocols to try and guarantee safety, and a capacity of only 40 per cent allowed inside the bullring.

They watched some top-class fighters including Enrique Ponce, Julián López El Juli, José María Manzanares, Miguel Ángel Perera, Paco Ureña and the rejoneador Diego Ventura, as well as Guillermo García, a student of the José Cubero Yiyo Bullfighting School, all of whom gave their services free.

The bulls for this event were provided by top suppliers, including El Capea, Juan Pedro Domecq, Garcigrande, Victoriano del Rio, Fuente Ymbro, Jandilla, and El Parralejo, all part of the charity offering, with no money exchanging hands.

All proceeds from the ticket sales were donated to those in the bullfighting sector most affected by the pandemic, with a ‘Row 0’ also set up, where attendees could make a financial contribution while not being able to attend in person.

Seats were only on a pre-assigned basis, and all 6,000 were under strict instructions to remain seated at all times, and masks were mandatory, with a maximum of six people in a group, having to leave one empty seat in each direction – in front, behind, and to the left and right – between the next group of people.

In order to facilitate the flow of people safely, and socially distanced, the doors of Las Ventas were opened earlier than usual, to avoid congestion, and the exit procedure would be conducted zone by zone, in an orderly manner.