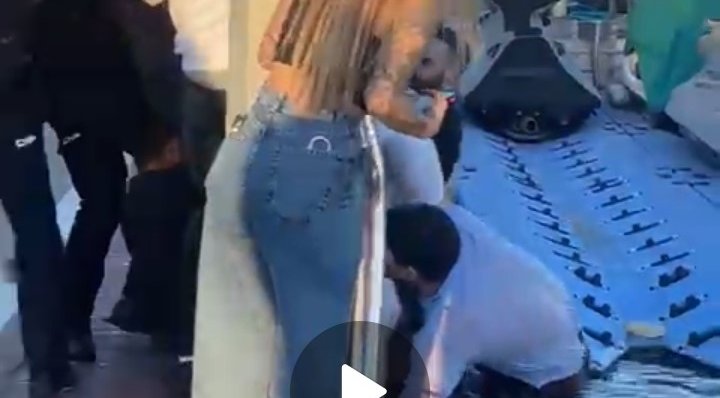 Good Samaritan rescues ‘drowning’ victim after violent attack at Marbella Marina.
THE quick and selfless actions of a young man walking along Marbella Marina with his family on Sunday evening may have saved the life of a victim of a brutal assault.
According to reports, the good Samaritan spotted the injured man, seemingly unconscious in the water, and dragged him to the dock.
Minutes earlier, the victim had allegedly been beaten close to a jet ski berth and kicked over the safety rails into the water.
According to witnesses, two males had left one of the bars at around 8.30pm, and as they chatted at the doorway, it appeared they were having a friendly conversation and even shook hands, according to Diario Sur.
But the alleged attacker then reportedly began to violently punch the victim several times in the face, and the young man fell to the ground in a daze at the edge of the pier.
The same witnesses then claimed the assailant launched a kick to the head of the victim, which threw him into the water.
The attacker and his friends then ran off and witnesses immediately called emergency services, before the National Police and an ambulance arrived.
Meanwhile, the good Samaritan had jumped into the water and with the help of his family, friends and two police officers, managed to pull the unconscious victim to safety.
The National Police has opened an investigation to clarify exactly what happened at the Puerto Deportivo de Marbella.