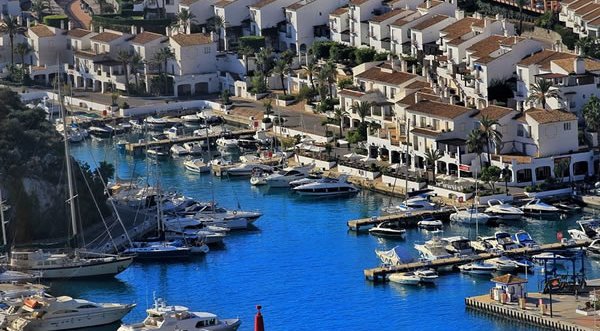 Daniel Barbero, the head of the Municipal Tourist Board of Almuñécar, in the province of Granada, has unveiled their promotion of the Marina del Este marina complex, with the slogan, “Let’s see each other more”.
Mr Barbaro said, the promotion aims to “give greater diffusion, not only to the facilities and services of the port, but of the entire complex that is located around the port area such as restaurants, shops, diving, accommodation, real estate or leisure, which make the place a unique space on the Costa Tropical”.
As well as targeting audiences on social media, there is a large billboard at the entrance to La Herradura, which was carried out by a local company ‘CK’, which features a photograph of the marina complex.
Mr Barbero added, “Marina del Este is the only marina on the Granada Coast, nestled in a unique place due to its natural beauty, which makes it even more attractive for the nautical sector and all those who love it, given the quality of its facilities”.
The Marina del Este Sports Port is located next to the Punta de la Mona and Marina del Este urbanization, between La Herradura and Almuñécar, in a natural setting of great beauty, located in a privileged setting between the mountains and the sea, with 227 berths with a maximum of 30 metres, as well as a slipway where the repair of boats can be carried out.
Rich sea beds make the area ideal for diving, with perfect orographic conditions, and the Punta de la Mona cliffs, and the Natural Marine Area of ​​the Cerro Gordo-Maro Cliffs are beautiful, both declared as Specially Protected Areas.
Several beaches are nearby, including a naturist beach, plus a wide range of hotels and leisure activity points, not forgetting the 3,000-year-old history of and archaeological wealth of Almuñécar itself, as reported by granadadigital.es.
The Euro Weekly News is running a campaign to help reunite Brits in Spain with their family and friends by capping the costs of PCR tests for travel. Please help us urge the government to cap costs at http://www.euroweeklynews.com/2021/04/16/ewn-champions-the-rights-of-brits-in-spain-to-see-loved-ones-again/