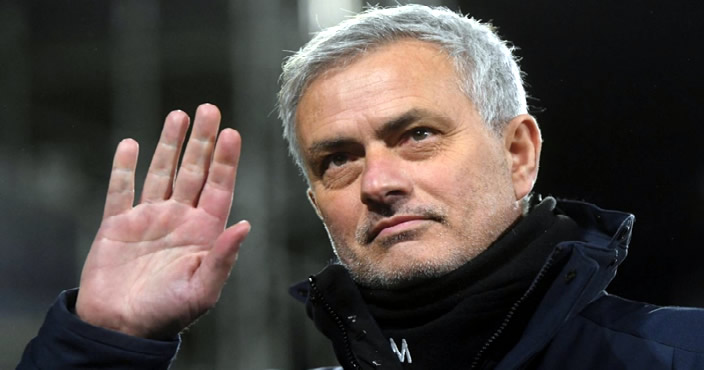 Jose Mourinho Has Been Appointed Manager Of Roma In Italy, replacing Paolo Fonseca

Jose Mourinho is back in football management, two weeks after being sacked by Tottenham, it has been announced that the Portuguese will take over from Paolo Fonseca at Italian club Roma on a three-year deal starting next season.

Mourinho’s appointment was confirmed just hours after Roma confirmed Fonseca would be leaving at the end of the season, bringing Jose back to the country where he spent two seasons with Inter Milan, where the 58-year-old won consecutive Serie A titles, completing a treble – that included a Champions League triumph – in his final season with the club.

Writing on the Roma website, he said, “After meetings with the ownership and Tiago Pinto, I immediately understood the full extent of their ambitions for AS Roma. It is the same ambition and drive that has always motivated me and together we want to build a winning project over the upcoming years. The incredible passion of the Roma fans convinced me to accept the job and I cannot wait to start next season”.

Having won 25 trophies during his career as a manager, Mourinho struggled at Tottenham, lasting only 17 months, being sacked from a Premiership club for the third time in six seasons, after stints with Manchester United, and Chelsea, but that doesn’t seem to have deterred the Roma bosses who were very quick to sign him up, as reported by skysports.com.

The club are delighted to announce an agreement has been reached with Jose Mourinho for him to become our new head coach ahead of the 2021-22 season.
#ASRoma pic.twitter.com/f5YGGIVFJp