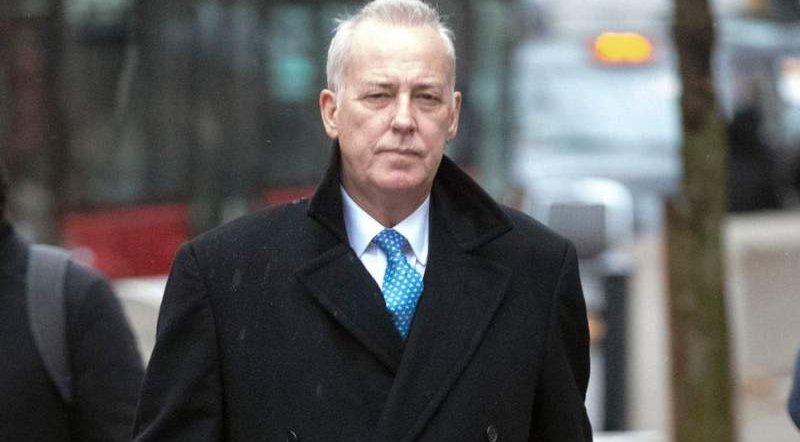 Police in the UK say they are ‘set to charge suspect’ over the death of Stuart Lubbock 20 years after he was found dead in at a pool during a party at entertainers Michael Barrymore’s £2m mansion – seven weeks following the arrest of a 50-year-old man.

Police are reportedly ready to send a file to prosecutors after the man was held on suspicion of murder. Stuart Lubbock, 31, died at Michael Barrymore’s home in 2001 – with his body found in the pool of the star’s £2million Essex home.

Stuart, 31, suffered internal injuries suggesting he had been sexually assaulted at the party on March 31, 2001, in Roydon, Essex, which was attended by Barrymore and eight guests.

Officers say they have carried out a “substantial and detailed investigation” and will be submitting a file to the CPS “for their consideration and decision”, reports the Sun. Prosecutors are expected to begin looking at the file as early as this week — before deciding on what charges, if any, are brought.

Stuart Lubbock’s dying dad welcomed news of possible charges over his son’s death at Michael Barrymore’s home — and said: “I’ve never given up my fight for justice.” Terry Lubbock has relentlessly fought for his son for 20 years, even though he claimed yesterday “many have tried to silence me”.

Cancer-stricken Terry, 76 — who may have just days to live — added: “My only regret is that whatever happens, I will never have the day in court to face my son’s killer.” The body of dad-of-two Stuart, 31, was found in the swimming pool of Barrymore’s £2million Essex home in 2001.

Now two decades later, in a major development, police will “imminently” send a file to the Crown Prosecution Service after a 50-year-old man was arrested on suspicion of murder and rape. The dossier is said to include evidence relating to the suspect’s alleged involvement in Stuart’s death.