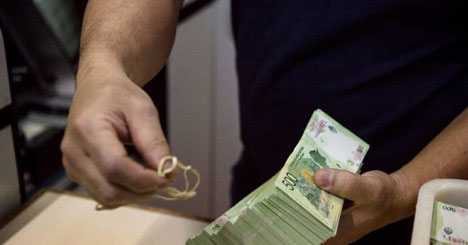 Bitcoin is still considerably nascent, being only 12 years old. However, it seems to have taken some major steps to cement its place in the financial world. Over the course of last year, this digital asset has recorded record growth, with analysts claiming it to go even higher over the next few months. One of the forces driving this Bitcoin buzz is the increasing fears of growing inflation.

According to a recent Bank of America analysis, this quarter, mentions of the purchasing power plunger spiked on earnings calls. Citations are up more than a threefold year-over-year per company, the highest since 2004. Therefore, Wall Street finally seems to be listening to the shrill warnings of Bitcoiners.

Increasingly, people are concerned that the government’s frantic money printing will lead to price increases. The price of commodities is already surging. And as businesses raise their prices in order to compensate for increased raw material costs, the wallets of consumers are likely to take a hit. The sentiment that living could become a more expensive proposition has engulfed many.

But what follows will be the real challenge. While the Federal Reserve has indicated that it is willing to let inflation rates rise higher than the usual comfort level of 2%, inflation could arrive fast and furious. If the inflation growth rate outpaces wage growth, the Fed could very well be forced to tighten its monetary policy sooner and more aggressively than expected. This could likely court a recession.

The occurrence of such an undesirable scenario has caused much hand-wringing. Considering how markets work, when people get scared, self-fulfilling prophecies can take place. As the Bank of America analysts pointed out, growing inflation mentions on earnings calls is a leading indicator of an economic downturn; the two tied together with a relatively strong correlation of about 52%.

However, the Federal Reserve claims it isn’t yet concerned. Last week, the central bank announced that the interest rates will remain unchanged. In the coming months, however, the money-printing priesthood might have to adjust its tune if it encounters any surprises.

Although everyone agrees that inflation poses a threat, there are constant disagreements over what to do about it. Bitcoin supporters have long touted their precious digital currency as “digital gold,” claiming it to be an effective hedge against inflation. They say that during the potential coming recession, Bitcoin could prove to be a safe haven for people’s wealth.
How this works goes back to its founding code. A limit, to the total number of Bitcoins that may be mined, has been included within Bitcoin’s design, a conscious decision made by the mysterious creator of this cryptocurrency, Satoshi Nakamoto. Currently, it is estimated that about 18.6 million out of a total of 21 million coins have already been mined. And as people continue to mine it, it will become even scarcer. This scarcity helps Bitcoin retain its value despite the economic conditions and even drive its price upwards.

However, there are other reasons that have supported and helped legitimize Bitcoin in the eyes of many once skeptics.

Perhaps one of the primary reasons for Bitcoin’s rise is its decentralized nature. Bitcoin transactions are purely peer-to-peer. And the absence of a central authority, such as Banks or Government, allows for improved privacy and lower transaction costs. Another force that has further helped push the narrative of Bitcoin among potential investors is the view of Bitcoin being so-called “trustless”. This ties in with the absence of higher authority, controlling decisions made in regards to this digital asset.

Bitcoin’s founding code is sacrosanct and there have been only a few minor changes in it since it was created and, that too, with the consensus of the Bitcoin community. In essence, the code governs everything, and hence, there is no need to put your trust in an authoritative party as you would in the case of fiat currencies.

Also, trading this digital asset has become fairly easy over the past few years. The availability of trading platforms has transformed the trading game for investors, especially novice traders. These make use of AI technology and powerful algorithms to generate trading signals. In fact, there is usually no need to be an active trader in order to earn profits with such platforms as they do almost everything on your behalf. You can even trade through platforms that take in changing sentiments and news in the crypto world and help you trade according. You can visit https://the-newsspy.org/ for more information.

This increase in the announcement of crypto allegiance, especially from financial institutions, has helped reinforce the idea that Bitcoin is, slowly but surely, being integrated into the international financial system.

Such an idea was initially thought to be an utter renegade, with support thought to be only by tech mavericks and libertarians. But it has, no doubt, been successful in gaining a strong foothold.