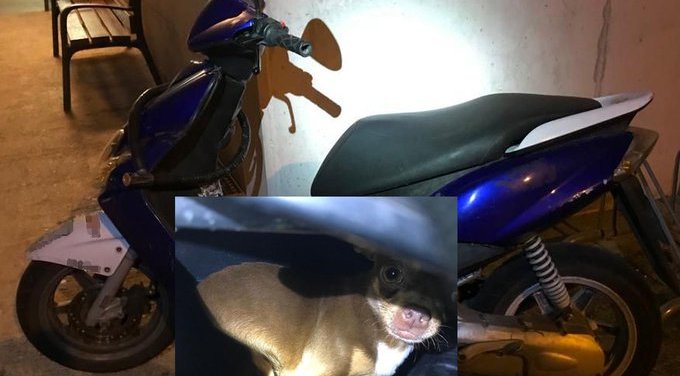 POLICE in Tarragona have denounced the driver of a moped who left a small dog locked in the helmet compartment under the seat of his bike while he attended a hospital appointment.

The little dog’s plight was noticed by passersby who heard its cries and contacted the Catalonian police, Mossos d’Esquadra.

The motorcyclist claimed he had no alternative but to lock the dog in the helmet compartment as he had to go for medical tests at a clinic in El Vendrell.

He has been denounced for a violation of animal protection laws.

Elsewhere in Spain, new regulations of the Andalucian Animal Welfare Law, which are waiting for final approval, will prohibit owners from having more than five pets.

This is just one of the new regulations that also prohibits other things such as breeding and sale between individuals.

According to the data, eight out of 10 homes in Andalucia live with a pet.

The new Animal Welfare Law that the Junta de Andalucía is expected to approve implies a change of focus in the treatment of dogs, cats, ferrets and other companion animals.

Meanwhile, Brits in Spain have been reporting confusion over which pet passports they now need to use to travel with their dogs and cats between the UK and Spain.

After the British Embassy in Madrid issued advice on its Facebook page over UK and EU pet passports, and which were now valid, a number of users still reported confusion over the issue.

The embassy said: “Pet passports issued in Spain or another EU member state continue to be valid for travel to Great Britain and the EU.

“If you have a UK pet passport you will need to update your documentation.”

However, several concerned Britons expressed confusion over the rules.