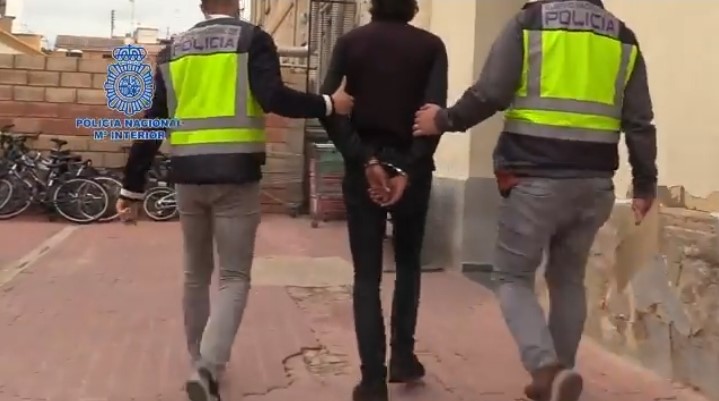 Suspected killer of two police officers arrested on the Costa Blanca.
NATIONAL Police in Valencia have detained a suspected killer wanted in the Ukraine over the murder of two policemen during a demonstration.
The officers were shot dead during riots in Kiev in 2013, when the detainee, carrying a rifle and approximately 60 cartridges, allegedly opened fire on the police.
“He took extreme security measures in order not to be detected by the authorities and continuously changed his residence, spending the last weeks in a cabin located in a remote rural area of the Valencian town of Puzol,” said the Spanish police in a statement.
Police investigations in April when it became known, through the Spanish Attaché Office in Ukraine, that the fugitive could be hiding out in the province of Valencia, possibly in Puzol.
“Due to the seriousness of the charges, his highly dangerous profile and the possibility that he could reoffend, the investigation was assigned the highest priority,” added the police.
Detectives learned the suspect used public transport “to avoid detection”, moving between Madrid and Barcelona over the last few years, and most recently in Valencia.
He was finally tracked down to a rural brick outhouse, having previously rented several apartments in Puzol.
Officers set up surveillance and the fugitive was captured on his way to a local cafe.
In other news, National Police in Marbella arrested a 30-year-old fugitive wanted in France – who had a European Detention and Surrender Order (OEDE) issued against him – after he sped through a police roadblock.
This resulted in a car chase that ended in the Costa del Sol town on Estepona, in the province of Malaga.
A search of the driver uncovered fake identification documents, he also had no driving license, and a further check on his identification showed that he had the European Detention and Surrender Order (OEDE) issued by French authorities last November for his activity in drug-related activities there.
He was facing a three-year prison sentence when he fled, and he was known to go by five aliases.