Tens of thousands sign ‘NO to tolls in Spain’ petition 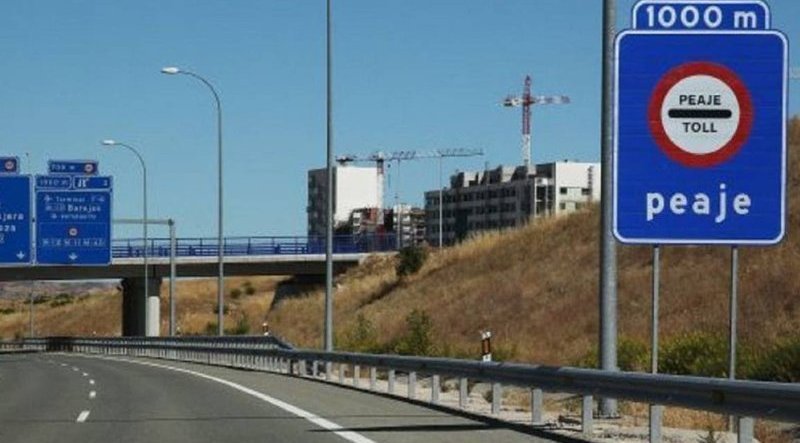 Tens of thousands sign ‘NO to tolls in Spain’ petition.

IN its latest bid to appease the European Union and assure Brussels that Spain is on top of its financial plan to cover the bailout, the government has amended its recovery plan to include the introduction of tolls on so-called ‘high-capacity’ roads in order to contribute toward the €140 billion expected from the EU.

The plan, submitted on April 30, has committed to generating an income that will apparently guarantee the funds necessary to preserve the road network.

But the plans have been met with huge backlash from the public.

A petition, titled ‘NO to the collection of tolls on all highways and motorways in Spain’ has already received 90,000 signatures, just days after the plan was submitted.

Initiated by Javier Lorente Martinez, addressed to the Spanish Government and posted on change.org the petition reads: “Beyond the solidarity and ecological background with which they try to disguise this measure, we are faced with one of the biggest fraud and scams against citizens that the administration of this country has tried to undertake.

“Firstly, it is necessary to differentiate between the two types of high-speed roads in this country. By definition, highways are publicly managed roads, whether of the State or of an Autonomous Community.

“The others, on the other hand, are under private concession, and the management company may decide to impose a toll on drivers, or establish free access and collect from the State.”

It’s predicted that a 400km round trip will end up costing motorists €20 in tolls alone.

“This not only represents an attack against the mobility capacity of people, making travel more expensive, but also seriously undermines road safety, since all those who cannot deal with this outlay will resort to the use of conventional roads, which are much more dangerous and in a worse state of conservation, as the different motorist groups in this country have warned.”

“Proof of this is that eight out of 10 deaths in traffic accidents during 2020 happened on this type of road (77 per cent to be exact), according to the data provided by the DGT,” the petition adds, blasting the move as “robbery”.

It goes on to state the proposed measure “is not only unfair to the citizen community, more vulnerable than ever in these moments of health and social crisis”, but also unconstitutional, as it goes against article 19 of the Constitution Española, which establishes the right of all citizens to circulate freely throughout the national territory.