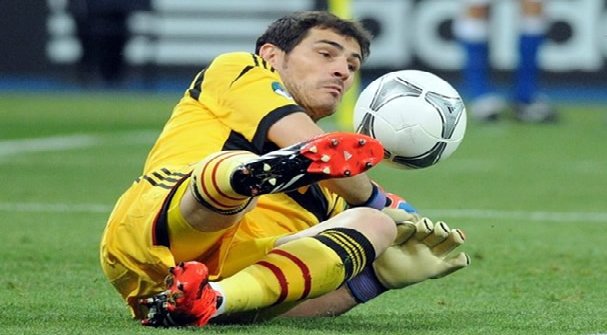 Real Madrid and Spain’s goalkeeping legend, the 39-year-old Iker Casillas, was reportedly rushed to a hospital in the Spanish town of Pozuelo de Alarcon, on the outskirts of the capital Madrid last week, after suffering a suspected heart attack while playing paddle tennis with friends, apparently after claiming to feel pains in his chest.

He previously had a heart attack in 2019 during a training session with the Portuguese team Porto, although later reports have since suggested that Casillas did not have a heart attack this time, and at this point in time, it is unclear what caused the chest pains.

Casillas won 167 international caps for Spain, and is widely regarded as one of the greatest goalkeepers of all time, having spent 25 years with Real Madrid, and is one of a handful of players to ever reach 1000 matches in their career.

Speaking to Marca about his heart attack in 2019, he said, “There is a sensation of half a second, or not even that, when you take a breath of air and it tastes different. I noticed that I felt heavy and short of air, and I began to think it might be an allergy. Then, when I went to the goalkeeping coach, I felt my chest begin to tighten and I noticed that I was running out of air”.

“I told him, ‘Roberto, give me sugar or something because I feel wrong and I don’t know what’s wrong with me.’ I lay down on the ground and I could see something serious was happening to me. It’s like you’re in a pool and suddenly you want to get out and you can’t, it was anguish. I was getting more and more short of breath. ‘Robert, please call the doctor,’ I said. ‘I’m drowning'”.

Casillas returned to the Bernabeu as an advisor in 2020, where he was appointed as the deputy to the Real Madrid Foundation CEO, as reported by dailystar.co.uk.