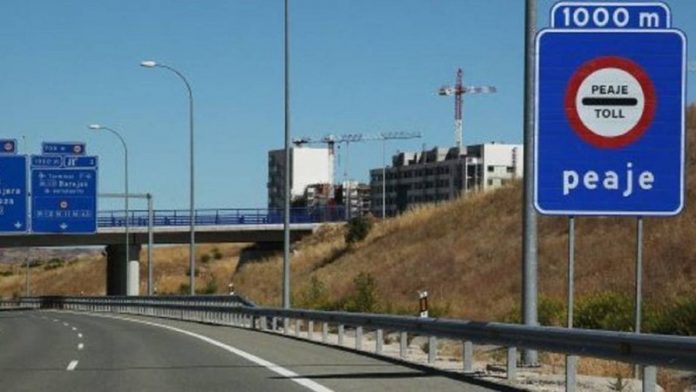 THE Spanish government has proposed tolls for ‘high-capacity’ roads to appease the European Union and assure Brussels that Spain is on top of its financial plan to cover the Covidi bailout.

Prime Minister Pedro Sanchez recently announced he has amended the government’s recovery plan to include the introduction of tolls on so-called “high-capacity” roads in order to contribute toward the €140 billion expected from the EU.

“The financing of high-capacity roads will be reviewed and an income system will be established that guarantees the necessary funds for the conservation of the state road network,” the Recovery, Transformation and Resilience Plan states.

But the plan – which considers a payment of one cent per kilometre – has been met with outrage from transport and haulage firms and the public alike.

Spain’s DGT is in favour of the move and Director General of Traffic, Pere Navarro justified the plan revealing three exceptions during a speech at the Senate Interior Committee.

When reportedly questioned by Senator José Julián Gregorio (PP), Navarro clarified that when a toll is implemented “there are normally exclusions” such as daily trips for work, study or for medical reasons.

For example, exemptions could include somebody who travels daily to and from their place of work, people who take “obligatory trips” for study reasons, and those who have to travel to attend a doctor/hospital appointment, explained the head of the DGT.

Navarro added that “all European countries pay for the conservation and maintenance of high-capacity roads”, claiming the measure is based on two principles: “the polluter pays” and “the user pays”, reports Spanish newspaper Las Provincias.

A petition, titled ‘NO to the collection of tolls on all highways and motorways in Spain’ has already received more than 100,000 signatures, just days after the plan was submitted.

Initiated by Javier Lorente Martinez, addressed to the Spanish Government and posted on change.org the petition reads: “Beyond the solidarity and ecological background with which they try to disguise this measure, we are faced with one of the biggest fraud and scams against citizens that the administration of this country has tried to undertake.