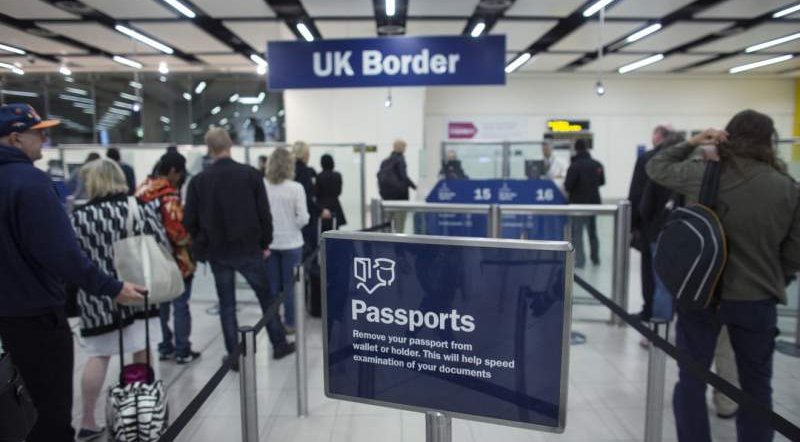 The reality of Brexit

A young Spanish woman who was held for four days at the Yarl’s Wood immigrant center in Bedfordshire is now able to sleep at her sister’s home in the United Kingdom.

Maria, 25, (a fictitious name to hide her identity) – arrived at London’s Gatwick airport last Monday night and is from Valencia in Spain. She had set out on the British adventure that many other young Europeans have carried out for decades in 2019 and spent six months of that same year working, with a legal contract, in the hospitality industry.

After returning to Spain for academic reasons – pending exams – she wanted to return to the UK. She was convinced that her previous stay would allow her to obtain the so-called UK pre-settlement status, the residence and work permit that the British Government grants to all EU citizens who can demonstrate their stay in the country prior to December 31st.

The deadline to request it extends until June 30 and she made the “mistake” of saying at border control that she was returning to the country “for work reasons.” This is where the nightmare for ‘Maria’ began.

Maria was led away and held for several hours in an airport lounge and transferred at dawn to an immigrant detention centre, establishments that, for the most part, are managed by private companies who are unable to precisely control the specific details of each case.

The hours passed without any information and it was only due to the inquiries by her best friend — she asked to be identified as Anna — that anyone could finally manage to locate her and obtain some kind of information.

“It was very complicated, a real ordeal,” says Anna. “She has not been too bad during this time, although she has been cold and they have only allowed her to have one shower. Fortunately, she had kept the SIM card from the British phone that she bought at the time and they have let her use it in a phone they had loaned her. It has been the only way she had to be in contact these days ”.

Maria “was aware of the mistake she made,” says her friend Anna. And so she implored the border agents to allow her to return to Spain on the first plane back. They ignored her requests – despite the fact that, in other similar cases, this has been done – and took her to the centre.

Everything was even more complicated when knowing that there had been some positive cases of coronavirus in the rooms she shared with other immigrants. That information was learned by her sister and her friend when they travelled there and tried to talk to her.

Maria’s stay in the center would last for at least ten days, the time required by the British government for quarantine. “She needed her personal belongings, her dental braces, and other things, but they had been seized. She filled out a form within two days, but they still didn’t give it to her. You can imagine that all this time she has been ill, disoriented, and impatient.” said Anna.

The Spanish Ministry of Foreign Affairs, through the consular services in the United Kingdom, became interested in her as soon as they learned of the matter. They spoke with her at least a couple of times, to find out what her condition was. And they contacted the British Home Office for more information. “Above all to ensure that your rights are respected and to see if you need anything. But it is about the immigration legislation of another country and in that case we cannot carry out any type of legal intermediation ”, ministry sources explain to EL PAÍS. “We trust that she can leave in a few days.”

Pressure, from the media and from María’s friends through social networks, helped alleviate her situation. She is already at her sister’s home, where she must complete the full quarantine. The Border Force agents have not given her her passport back and she still does not know if at some point they will return to carry out her deportation. She just now wants to rest and tell her story properly when she clears her head herself after these surreal days.

Although it admits that “it is urgently observing the case”, the British Home Office has assured EL PAÍS that it does not comment on isolated cases, but says that “those who were not residents before the established date [December 31, 2020] wanting to claim British residency, will have to wait for a right to live or work in the UK ”.

The Foreign Affairs office recognised that it is not the first case, although the previous ones – about eight – had not been quite so extreme. They insist that they released a comprehensive information campaign to citizens in the months leading up to Brexit.

Same as in the UK, Boris Johnson’s government has passed a new immigration law based on a point system whereby EU citizens are treated in the same way as immigrants from the rest of the world. More than five million Europeans have availed themselves of the mechanism that allows them to retain their rights prior to the UK leaving the EU. Among them, Maria’s sister and friend, Anna. It is the new reality of Brexit, although it is still shocking for many that a European citizen can end up in this way in a European country.