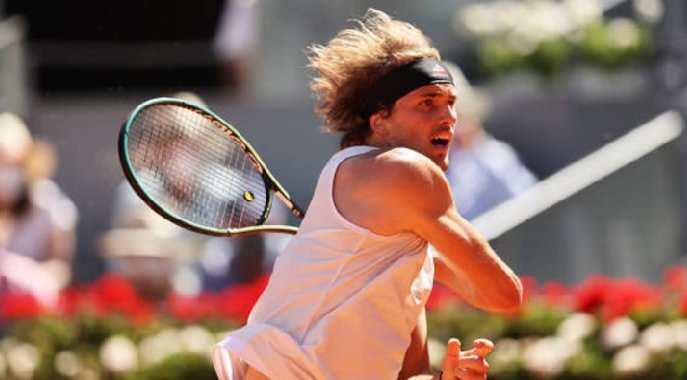 World No6 seeded German tennis star, Alexander Zverev, has knocked Spain’s World No2 seed, Rafa Nadal, out of the Mutua Madrid Open tennis tournament today, Friday 7, at the quarter-final stage, in two straight sets, 6-4, 6-4, in just one hour and 44 minutes.

This defeat will see Nadal drop down to World No3, being replaced by Daniil Medvedev, coming only weeks after the star from the Balearic island of Mallorca had won the Barcelona Open Banc Sabadell-Conde de Godó Trophy for the 12th time in his career.

Zverev, who last won this tournament at the Caja Mágica in 2018, had never beaten Rafa Nadal on clay before, and it means that the Spaniard has not won the Madrid title since 2017, having won it five times in total,but now he must turn his attention to Rome next week, which is a warm-up for the Roland Garros French Open, in Paris, from May 30 to June 13.

On a very hot afternoon in Spain, competing on the Manolo Santana court, the German landed 28 winning points, compared to the six by Nadal, who only broke the 24-year-old Zverev’s serve once during the whole match, and now the German meets Austria’s Dominic Thiem in the semi-final tomorrow, Saturday 8, a repeat of the final of 2019.

Speaking after the match, an upset Nadal said, “The feelings are negative. This is an important week for me, although it is a difficult tournament due to the conditions. These days I have taken steps forward and this is one backward. Things started well but at the moment of truth, in the moments that I had to define the set, I have done everything wrong”, as reported by lavanguardia.com.

An entertaining rally from Nadal and Zverev – filmed from court level 🎥#MMOpen pic.twitter.com/tSx5qFfZFz