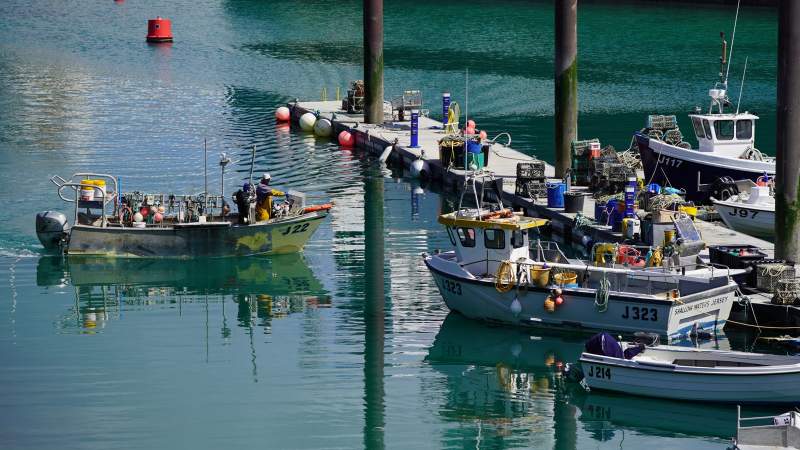 EU Could PUNISH UK And SHUN France Over Jersey And French Fishermen Clashes.

ANY further moves by France to cut off Jersey’s electricity supply would see it shunned by the EU, experts warned last night. However, it is understood that Brussels may be ready to deploy other, less radical, measures with analysts adding: “It’s not over yet”.

France says the UK has failed to abide by Brexit agreements defining fishing rights off the island of Jersey. As tensions simmer, a French minister even suggested cutting power to the island’s residents earlier in the week.

A face-off between Royal Navy and French navy patrol vessels ended without incident as protesting French fishermen left waters around the Channel Island on Thursday, May 6. It was the threat by French maritime minister Annick Girardin that France, a Nato ally and defence partner, may cut off Jersey’s electricity supplies however that caused outrage.

Jersey fisherman Loic Farnham said of his French counterparts: “They are professional fishermen, the same as we all are, we’d like to keep it all amicable so we can have access to the markets and they can carry on earning a living in our waters.”

An Elysée source said France was monitoring the situation “very closely”, adding that it is “currently calm and we hope that this will remain the case. We want to be able to return to negotiations, that we can obtain the fishing licenses provided for in the agreement.”

La Collette Power Station and backup generators on Queen’s Road would allow Jersey to survive any blockage for a week or so,  but after that, it would be “lights out”, said a spokesman for Jersey power.

Jersey currently imports 95% of its electricity from France. The proposed €1.5bn Aquind project – described on its website as a “high voltage direct current power transmission link” – would bring electricity from Normandy to the Eastney district of Portsmouth. It is claimed the connector could supply as much as 5% of Britain’s energy needs and power millions of homes and would reduce Jersey’s dependency on French electricity.