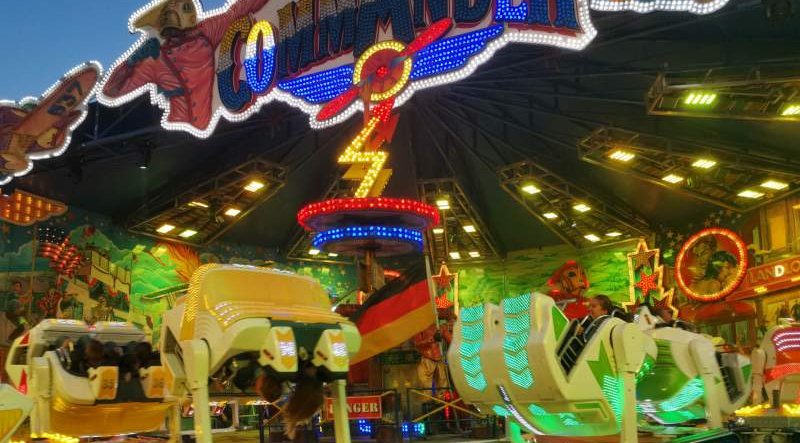 Fairground Owners to Hold Weekly Demonstrations over Lack of Action by Almeria Council.

Fairground traders in Almeria have announced that weekly demonstrations will be held due to the lack of action by the Almeria council in order to aid them with the setup of their “mini-parks”.

Weekly demonstrations and roadblocks are planned to be held in the Almerian capital to protest the lack of support by the Almeria Council. The Association of Fairground Entrepreneurs of Almeria and Province (Aefap) are set to hold these demonstrations in protest against the lack of support for setting up “mini-parks” which have suffered from “more than 18 consecutive months” without activity due to the ongoing Coronavirus pandemic.

The association’s representative, Mercedes Domínguez, explained that: “We have presented our project in Almeria and we have no reply and no appointment. We are desperate”. The delegate has spent weeks demanding to meet with the Mayor of Almeria, Ramón Fernández-Pacheco, and the Councillor for Culture, Diego Cruz, in the hopes of addressing the issue.

Roadblocks have been organised for next Thursday on the Ronda road by the organisation. The roadblock will take place between 10.00 and 13.00 hours, in front of the mayor’s office in protest of the Almeria town hall’s “inaction” regarding “granting a permit to install mechanical fairground rides in the form of an amusement park” according to Europa Press.

The Coronavirus pandemic has affected the sector and the initiative aims to “generate work and employment”. It is expected that if “there is no meeting with the mayor and we do not find a solution to the more than 18 consecutive months without work and without generating income” then further demonstrations will be held on the 20th and 27th of May.

A rally was held by the association in early April, which was attended by around 100 people in Almeria’s El Ejido. The rally demanded that municipalities in Almeria enable “mini-parks” to take place to provide a substitute for the patron saint festivals which had to be suspended due to the COVID 19 pandemic.