Liverpool Beat Southampton To Stay In Touch With Top Four 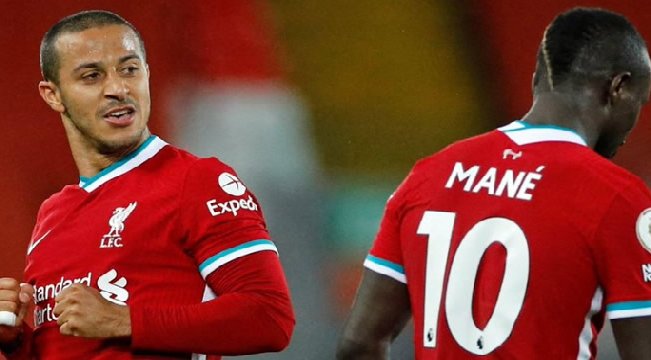 Liverpool cling on to a faint hope of qualifying for Europe next season after beating Southampton 2-0 at Anfield, while nearest rivals Leicester City surprisingly, lost 4-2 at home to Newcastle United, leaving Jurgen Klopp‘s men still six points adrift of that valuable fourth spot, but with a game in hand on Leicester.

It was former Southampton striker Sadio Mane who put Liverpool ahead after 31 minutes, heading home a beautifully flighted cross from Mo Salah, just minutes after Alisson had been called upon to make two crucial saves in succession.

Klopp took the brave decision to field two inexperienced centre-backs in Nathaniel Phillips and Rhys Williams, but they earned a well-deserved clean sheet, which will be a welcome sign to the manager, in what was his 100th win with Liverpool.

Liverpool’s Brazilian goalkeeper almost handed an equaliser to the Saints when he passed the ball straight to the feet of Che Adams, but he redeemed himself by stopping the Scotsman’s strike on goal.

Right on the stroke of the 90th minute, it was the turn of Spain midfielder Thiago Alcántara to open his account for Liverpool, as Firmino set him up for the goal, and speaking to BBC Sport after the match, the Spaniard said, “There are small chances. We are realistic with our situation. The most important thing is the three points. We dominated the game and created a lot. If you can help with a goal it’s more than welcome”.

Southampton will watch for the results of West Bromwich Albion and Fulham to go their way to ensure their Premiership status for another season.