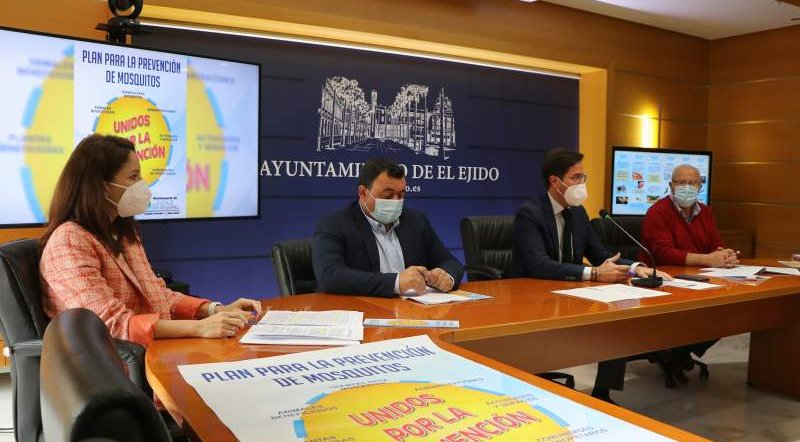 Buzz off EL EJIDO’S Agriculture and Environment department called on the local population to cooperate on eliminating mosquitoes as temperatures rise.  Fifteen thousand leaflets and 200 posters remind residents that it is vital to observe a “code of good practices” to control and eradicate these plagues, the town hall said.

Small mercies A GUARDIA CIVIL officer was hurt after falling seven metres in San Jose (Nijar) while pursuing a group of illegal immigrants.  He was admitted to Torrecardenas hospital with several injuries although unofficial sources confirmed that these were not grave since his bulletproof waistcoat protected him from serious harm.

Port makeover FOLLOWING the inauguration of new moorings for the smaller fishing boats at Almeria port, the skippers’ disused premises as well as old buildings adjoining the dry dock will be dismantled.  The shipyards will also be demolished, apart from the area occupied by Loha, the port’s last remaining boatbuilder.

Clean sweep SEVENTY-FIVE municipalities with fewer than 3,500 inhabitants will receive road-sweeping machinery and heavy lorries for carrying out minor public works.  The €500,000 scheme, funded entirely by the Diputacion provincial council, has been introduced to improve infrastructure inside small towns and help them provide better basic services for residents.

Safe walking A BUSY 800-metre section of the road linking the Puerta Corazon and El Parador in Vicar is to have pavements and a bicycle lane, providing a safer connection between both districts for those on foot.  Work has already begun and is expected to take a month to complete.

Local man ALMERIA CITY’S mayor Ramon Fernandez-Pacheco formally greeted Luis Columna, the senior judge who will preside the Provincial High Court He is also Almeria-born and this was the first time in almost 40 years that this position will be occupied by a someone from the province, Fernandez-Pacheco pointed out.

Full-sized FOR the first time in over a year, all stalls are allowed to set up in Huercal-Overa’s open-air markets thanks to the municipality’s favourable Covid situation, the town hall announced. This applies both to the vegetable and general markets held each Monday and Thursday.

Speak up VERA town hall and Almeria’s Chamber of Commerce are between them organising an English course focusing on daily terms used in the hospitality industry and shops.  The free classes are aimed at helping the under 30s who are not working or studying to find employment.

New museum CUEVAS DE ALMANZORA’S Fishing Museum, whose opening was postponed owing to the health crisis, is due to open in late May.  Dedicated to fishing in ancient times, exhibits found at the Phoenician settlement in Baria will illustrate the historic importance of fishing in the area.

The Euro Weekly News is running a campaign to help reunite Brits in Spain with their family and friends by capping the cost of PCR tests for travel. Please help us to urge the UK government to cap the costs.