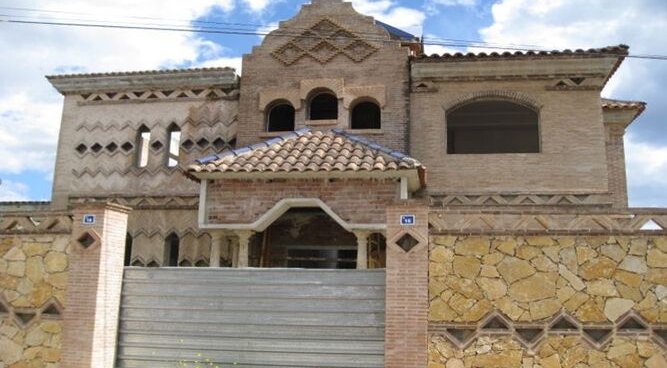 Andalucia Rakes In Almost €2 Million From The Sale Of Drug Trafficking Assets In Malaga.
THE auction of assets seized in actions against drug trafficking in the province of Malaga allowed the State to collect almost €2 million last year. The amount corresponds to the sale of a total of 14 properties and the sum is the second highest in the whole country, only surpassed by Pontevedra, in which 27 properties raised €2,059,357.
According to the detailed breakdown, of the total amount, slightly more than €739,000 correspond to the auction sale of eight properties distributed in the municipalities of Alhaurin de la Torre, Nerja, Malaga City and Mijas. Their disposal took place at the end of 2019, with the total income being calculated in the following year.
According to the amounts for which they were finally awarded, it is worth noting that a 330 square metre house with a swimming pool in Alhaurin de la Torre, sold for just €173,180, when its initial value was €247,400. On the other side of the coin though, an apartment located on Héroe de Sostoa street, in Malaga, was auctioned for €137,621, when its starting price was €92,960.
A large part of the goods seized were in the years prior to 2020. In fact, according to official data published by the National Plan on Drugs, last year a much higher number were seized in the Malaga Province, with a total of 62 assets, 91 less than the previous year. In fact, this is the lowest figure in the last nine years, the peak being in 2014 when there were 241 seizures.
The sale of most of the properties that were seized allowed state revenues to skyrocket the following year. Sales exceeded €6.2 million, of which slightly more than six properties were linked to the sale of homes and other assets of this nature.
Andalucia Rakes In Almost €2 Million through the sale of assests.
A total of 62 assets seized in 2020, 36 were vehicles, 24 other items, and two boats. This made Malaga the third Spanish province in the highest number of drug busts, only behind Madrid, with 130, and Cadiz, with 108. Throughout Spain, interventions against drug trafficking made it possible to seize 977 assets. According to these statistics, from 1996 to last year the global seizures in the province of Malaga was 3,405, far from the 7,073 in Cadiz.
The auction and direct sale of these assets is the tool that allows the General State Administration to have additional income that is destined, in accordance with the law, “to intensify the actions of prevention, investigation, prosecution, and repression of related crimes to drugs, as well as to the prevention of drug addiction, assistance and social and labour insertion of drug addicts and international cooperation in the matter,” states the law.
The fund created uses the money to pay for operations carried out by autonomous communities, local corporations, Non-Governmental Organisations (NGOs) and private non-profit entities, the State Security Forces and Corps, the Department of Customs and Special Taxes of the State Tax Administration Agency, the Special Prosecutor’s Office for the Prevention and Repression of Illegal Drug Trafficking, the Government Delegation for the National Plan on Drugs and other organisations – the drug busts and raids pay for themselves and much more.
Source: Malagahoy