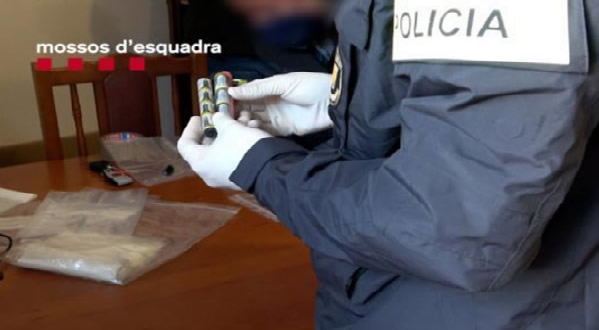 The Mossos d’Esquadra have arrested a 45-year-old man of Spanish nationality, and resident in l’Hospitalet de Llobregat, Barcelona, for allegedly placing an explosive device inside the engine compartment of a mechanical digger belonging to a firm who had recently fired him, and according to a police report, the device was rigged to explode.

The incident occurred on May 4, when the Mossos received an anonymous call at 8am reporting that there was an explosive device placed and armed, inside the engine of an excavator used on a construction site in the town of Castellbisbal, in Catalonia, according to lavanguardia.com.

A team of bomb-disposal experts from the Mossos’ TEDAX-NRBQ unit were deployed to the building site, where they discovered a homemade – but reportedly elaborate – bomb, consisting of a full bottle of petrol which had wiring attached to an electronic board that was programmable, powered by batteries, and set by a timer to explode at 9:15am, a time when the workers would be using the machine.

The specialist unit deactivated the device without the need to explode it, and an investigation was launched by the General Information Commissary to identify the culprit responsible, who, after collaborating with officers from the Scientific Police Division and TEDAX-NRBQ, were able to connect the incident to an employee who had been fired recently.

Another incident of sabotage had occurred one week earlier, when sugar had been poured into the fuel tanks of two machines at the same construction site, and a search on May 4 of the suspects home in l’Hospitalet de Llobregat uncovered several components similar to those used in the device found on the digger in Castellbisbal.

The suspect was apprehended on charges of attempted murder, illegal possession of an incendiary device and attempted damage, and handed over to the Rubí guard judge, who ordered his admission to prison.