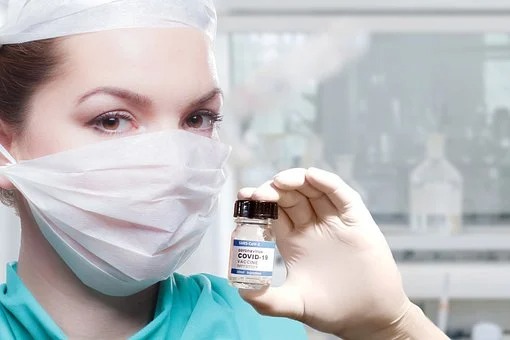 One local spoke of the “mess” and of wanting “to leave” rather than queue for potentially hours, while others said that it was all worth it in the end.

Reportedly the queue at the hospital had so many locals waiting in line for the vaccine that they actually circled the hospital. Some people had to wait over an hour in order to receive the vaccine as people at the end of the queue began to bump into those at the start of the line due to its length.

According to 20 minutes 59-year-old Julia spoke of the situation and said, “What a mess. This isn’t organised or anything.” She like others had been queueing for over an hour for her turn to receive the vaccine and commented that, “We had an appointment at 11:40. It’s 12:50. The good thing is that we have arrived.”

It appears though that queues had been caused as locations of vaccine appointments had been changed. One local called José had initially been summoned to the Wizink Center, but later received a message only hours before his appointment to say that everything had changed. Not only had the location changed but also the time too. José explained that, “Many of us who were here were going to the Wizink, that’s why there are these queues. They’ve sent us all here”.

Security arrangements at the site had been reinforced due to both the number of people attending on Sunday and also due to a previous issue where hundreds of pharmacy students were mistakenly summoned to be vaccinated.

National police were on hand to help out and speaking of the queues explained that, “This is very rare. We usually come here every day and there are no queues like this. But between yesterday and today they have diverted people from other centres…”.

As reported by 20 minutes the community of Madrid confirmed that, “On Friday an age group was summoned to the Wizink Center that did not correspond, that is why they have been diverted to the Zendal”.