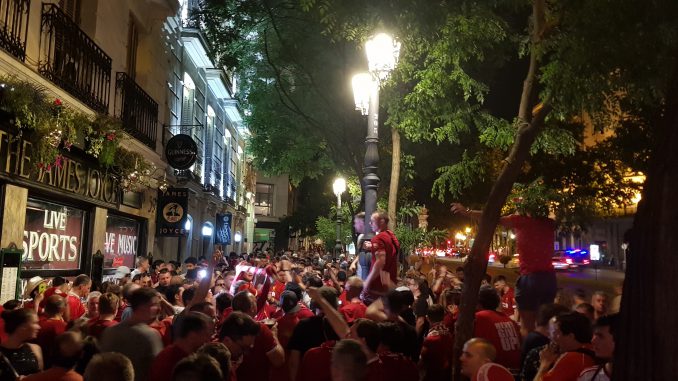 The Government delegate for the Community of Madrid, Mercedes González, has demanded that Isabel Díaz Ayuso reactivates the curfew in the region.

González said: “It is a brave measure,” after witnessing crowds and parties on Saturday in the streets of the capital to celebrate the end of the state of alarm and the lifting of the curfew.

However, the regional Executive in Madrid is actively opposing the measure. The Minister of the Interior, Enrique López, pointed out that the reactivation of this measure, which prohibited movements from 11.00pm to 6.00am, must have a judicial endorsement that not all communities are successful in obtaining.

Supreme Court judges have not endorsed the restrictions proposed by the Basque Government, but they have supported those asked for by the Balearic Islands and the Valencian Community.

It did not help matters that Madrid started the weekend with a cumulative incidence of 317.56 cases per 100,000 inhabitants, placing it with the second-worst record in Spain, after the Basque Country, according to a report published on Friday by the Ministry of Health.

The party on Saturday took over the Puerta del Sol or the streets of the Malasaña neighbourhood, with dozens of people gathered to celebrate the end of the curfew without keeping physical distance or wearing a mask. The police made a total of 450 arrests. “They are unfortunate images,” said the mayor of Madrid, and national spokesman for the PP, José Luis Martínez-Almeida on Sunday.

Councillor López said today, Monday, May 10, that he will ask the National Police and the Guardia Civil to help control crowds of drinkers that flooded the streets of Madrid such as those that have occurred this weekend after the end of the state of alarm.