Three Arrested For Stealing Avocados From A Málaga Farm 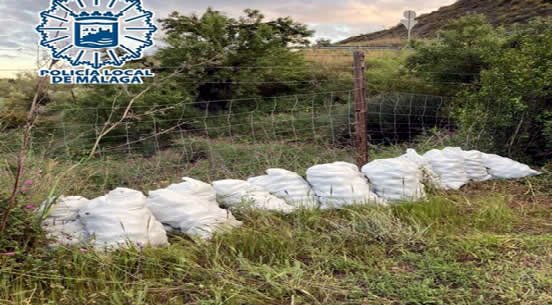 THREE Individuals Arrested For Stealing Avocados From A Málaga Plantation

Málaga Local Police arrested three persons on Wednesday, April 28, two Spanish nationals, and one of Russian origin, aged between 21 and 31 years, suspected of stealing around 2,000kg of avocados from a plantation in the Ciudad Jardín district, specifically in the Lagar de Cotrina area of Málaga, in the province of Andalucía.
The incident occurred at 7:40pm, when the police were informed that several individuals had been observed entering the plantation, believed to be the same group of people who had entered during previous days and also stolen avocados, estimated to be worth approximately €6,000.

According to a statement from the Local Police, they located a white van that had punctured tyres and was unable to move, which was why the suspects could not escape, according to 101tv.es.
The local policemen were deployed in the area, locating a white vehicle, and the three individuals outside the minivan, since it had punctured wheels and other damages that made it impossible to circulate, which is why they could not flee the place, according to the Local Police has informed through a statement.
When questioned by the officers, they apparently replied with contradictory answers such as they were “looking for bird’s nests”, or “taking a walk by the river”, and a subsequent search of the white van uncovered several white sacks, and a set of weighing scales, which were confiscated.
A further search of the immediate vicinity discovered that the lock of the gate giving entry to the farm had also been forced, and also uncovered another 14 sacks similar to those found in the van, filled with avocados, weighing around 400kg with a market value of around €1,200, which were immediately returned to the owner of the plantation, while the three men were arrested and taken into custody to await trial.
The Euro Weekly News is running a campaign to help reunite Brits in Spain with their family and friends by capping the costs of PCR tests for travel. Please help us urge the government to cap costs at http://www.euroweeklynews.com/2021/04/16/ewn-champions-the-rights-of-brits-in-spain-to-see-loved-ones-again/