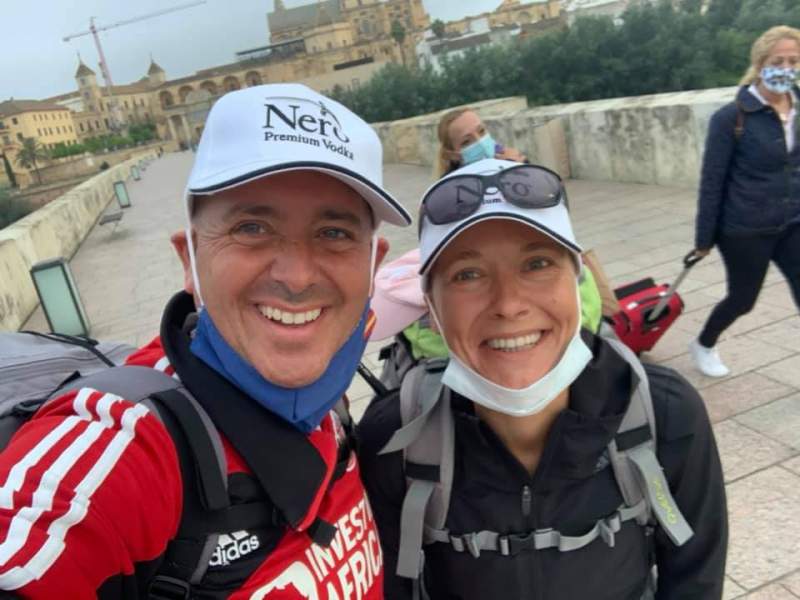 The pair set off from Cordoba on May 10 Credit: Paul Shafto

LIKE many other small charities ACE (Animal Care España) has found it very difficult to raise funds during the state of alarm.
To make matters worse, their kennels were flooded during storm Filomena in January of this year and although the majority of animals were saved, bedding and much more was lost and had to be replaced.
One of the charities supporters Katarzyna Slomianna (better known as Kasia) is a dog lover and whilst on furlough (ERTE) as she works in the hospitality industry decided that she would do something to raise funds for ACE.
Her plan has now come to fruition and she started walking from Cordoba back to the La Cala de Mijas (some 200 kilometres) to raise funds via a go fund me campaign with a target of €2,000.
Hearing about this, another dog lover, Paul Shafto thought that it would be a great idea to join Kasia on the walk and they could keep each other company and hopefully raise even more funds for the charity.
So, he also set up a go fund me page and they both set off on Monday May 10 hoping to cover the distance in around seven days if they can manage 30 kilometres or so each day.
From Cordoba, they will head to the Baena and then Antequera before making the home stretch to La Cala de Mijas.
At the time of writing the combined total reached so far has reached €1,975 (and they are each targeting €2,000) so all donations to either page or direct to ACE http://ace-charity.org will be gratefully received.