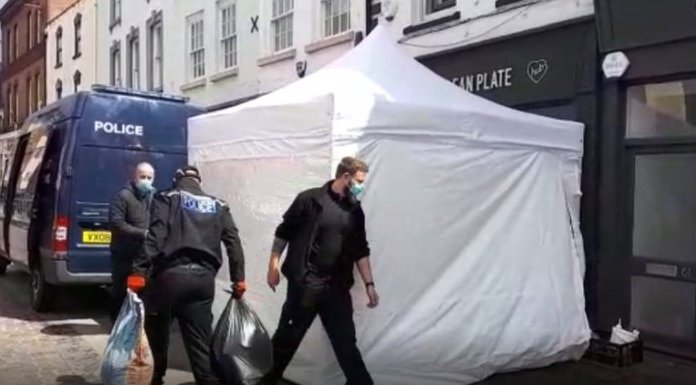 A police team has today (Tuesday 11) started excavating beneath the Clean Plate cafe in Gloucester, where 15-year-old schoolgirl Mary Bastholm was reportedly last spotted alive, before she disappeared on January 6, 1968, believed to be another victim of serial killer Fred West, with Rose West reportedly admitting, via her lawyer, that Mary was her first victim.

Mary was last spotted waiting for a bus, on her way to see her boyfriend, and detectives believe she was offered a lift by West, and then murdered, but the cafe where the cops are digging, is where Mary used to work as a part-time waitress, back then called the Pop-In café.

Geoffrey Wansell, Fred West’s official biographer has revealed he always believed that West – who committed suicide 26 years ago, while in prison – was responsible for the disappearance of Mary Bastholm, telling The Sun, “I’ve always believed West had a hand in Mary Bastholm’s disappearance. I’ve never doubted it, I’ve written it consistently. She disappeared off the face of the earth but it was clear West was involved”.

The tragedy of it all is that even if her remains are found, both of her parents passed away without ever knowing what became of their daughter, as reported by thesun.co.uk, and the police are saying that it could be several weeks before the search bears fruit or not, but that they are acting on a “recent discovery”.

In an incredible turn of events, the excavation was triggered by the positive reaction of a cadaver dog, who was recently taken to the site by a TV documentary team.