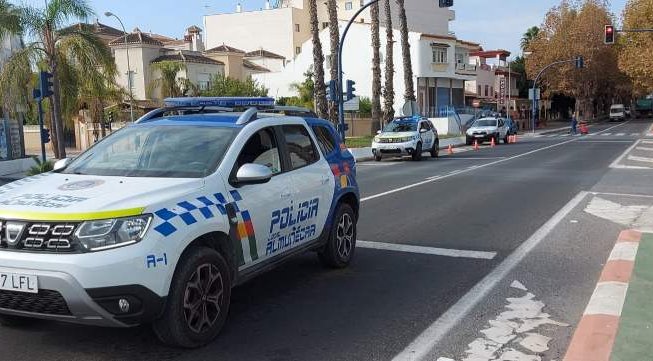 Break-out ALMUÑECAR’s Poicia Local imposed 800 fines since the start of the pandemic, principally for attempting to flout lockdown, especially at the weekend, not wearing a facemask or ignoring regulations regarding visits between households.  Officers also revealed more residents were fined in Almuñecar than La Herradura or Velilla-Tamaray.
Looking ahead SALOBREÑA town hall is publicising the municipality with promotions that included welcoming travel agents who specialise in conventions and conferences.  They were accompanied by the president of OPC España, a company that organises conferences, on a visit which focused on future events once the pandemic conditions allow.
On high RINCON DE LA VICTORIA town hall launched an airship replica that relays images of the town’s historic and cultural heritage.  The “Zeppelin” takes photos via a drone with 60 megapixel cameras that are later uploaded to the www.turismoenrincon.es website, allowing viewers to see in closeup hard-to-access Rincon landmarks.
No case THE Malaga High Court acquitted Velez-Malaga mayor Antonio Moreno Ferrer of failing to hold a council meeting requested by the Partido Popular.  As the Public Prosecution department had dropped the charges against him, the tribunal has ruled that the party was not legally entitled to launch a private prosecution.
Open tap DESPITE limited rainfall this year, Viñuela-Axarquia’s supply of domestic and irrigation water will not be reduced. The Mediterranean Basin Water Board’s management committee confirmed that the amounts of 13.9 cubic hectometres for domestic use and 18.7 cubic hectometres for agricultural irrigation agreed on November 5 would be maintained.
On course TORROX town hall can reactivate stalled golf course plans after acquiring a 78.2 per cent holding in Calaceite Golf SL for €400,000. The parent company went into liquidation before work could begin but Torrox mayor Oscar Medina said that he is confident that project will attract solvent investors.

The Euro Weekly News is running a campaign to help reunite Brits in Spain with their family and friends by capping the cost of PCR tests for travel. Please help us to urge the UK government to cap the costs.